Agency, Africa, and the Atom

A Project on Managing the Atom (MTA) seminar with Olamide Samuel, Coordinator of SCRAP Weapons and Senior Teaching Fellow at SOAS University of London. 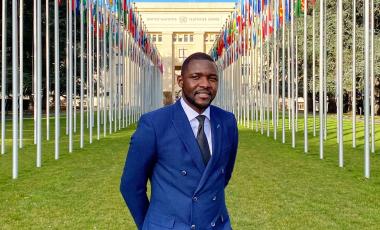 The single story of the African contribution to nuclear non-proliferation and disarmament not only dictates what is said about Africa, it also influences how we foresee African engagement with the nuclear conversation itself. This talk will delve into the implications of a single story, not only for discourse concerning African agency, but also for our collective thinking about the future of the global nuclear order.

Olamide Samuel is the Coordinator of SCRAP Weapons, overseeing the management of projects, research, campaigns, liaison, operations, and directing strategic outreach.  The SCRAP project proposes General and Complete Disarmament as the goal of Disarmament and Non-Proliferation efforts, and works with International Organizations, Governments and Civil Society to advance this agenda.

He is also a Senior Teaching Fellow at the School of Oriental and African Studies (SOAS) University of London, where he teaches International Security, General Diplomatic Studies and Diplomatic Practice at the MA level, and engages in MA Theses Supervision.

He is the convener of the Global #FreezeWeapons Campaign and the President of the SOAS Pugwash Society, a member of the Scientific Committee at the Center for International Strategic Analyses (KEDISA), and a member of the security task force in the Vatican COVID-19 Commission created by Pope Francis.