This seminar investigates how Vietnam War scholar and Indochina expert, Bernard Fall (1926–1967), developed his conception of Vietnamese Revolutionary Warfare and how he applied this knowledge to his analysis of the First and Second Indochina Wars. 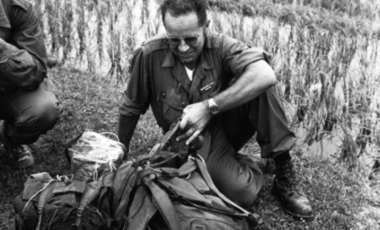 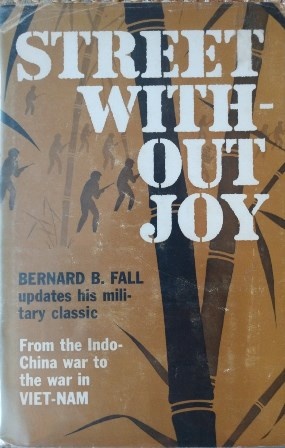 This seminar investigates how Vietnam War scholar and Indochina expert, Bernard Fall (1926–1967), developed his conception of Vietnamese Revolutionary Warfare and how he applied this knowledge to his analysis of the First and Second Indochina Wars.

As one of the first western scholars to analyze the formation of the Viet Minh and their communist state, the Democratic Republic of Vietnam, Fall's conception of Vietnamese Revolutionary Warfare consisted of far more than guerrilla warfare or the deployment of conventional Vietnamese communist forces supported by Communist China and the Soviet Union. Fall argued that the political primacy emanating from Revolutionary Warfare—achieved through diverse village-level Vietnamese social and communist-led networks known as parallel hierarchies—mattered far more than military power. His analysis led him to write in his 1961 book, Street Without Joy, that "A dead Special Forces sergeant is not spontaneously replaced by his social environment. A dead revolutionary usually is." The ideas embedded in this quote indicate how social and political factors, which contribute to political legitimacy, motivated communist combatants in Southeast Asia far more than French and U.S. personnel fighting against communism.

Adopting an intellectual biographical approach to Fall's work, this seminar considers how Fall's experiences as a member of the French Maquis during World War II and as a research analyst during the Nuremberg Trials contributed to his views. The seminar concludes by addressing the relevance of Fall's work to contemporary warfare in which resource-weak organizations, such as the Taliban and others, have consistently defeated the United States' much stronger military forces over the past two decades.