Please join the Environment and Natural Resources Program (ENRP) for our next Global Energy Transition Talk featuring Gustavo Manrique Miranda, Ecuador's Minister of the Environment, Water and Ecological Transition. Minister Manrique will discuss the process of the creation of the Hermandad Marine Reserve encircling the Galápagos Islands, in the context of the Ecological Transition policy adopted by the administration of H.E. President Guillermo Lasso. ENRP Senior Fellow Nicola De Blasio will moderate the discussion.

Q&A with students to follow. Light refreshments will be served.

Attendance: This event is open to current Harvard Kennedy School students. RSVP required. Room capacity is limited and seating will be on a first come, first serve basis.

Accessibility: Persons with disabilities who wish to request accommodations or who have questions about access, please contact Elizabeth Hanlon (ehanlon@hks.harvard.edu) in advance of the session. 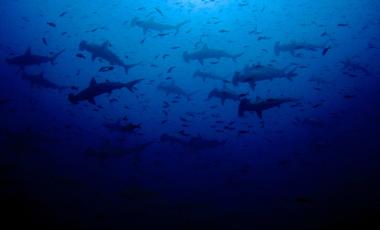 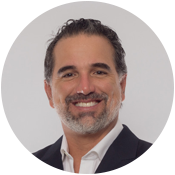 Gustavo Manrique Miranda's professional career and academic training accredit him with solid leadership and capacity for strategic influence, stimulating synergies that allow for innovative environmental projects and public policies that contribute to the sustainable development of Ecuador. He is currently serving as Minister of Environment, Water, and Ecological Transition for the administration of H.E. President Guillermo Lasso.

Minister Manrique began his professional career in different socio-environmental and agricultural companies, participating in consultancies in over 2000 environmental projects. He successfully led different executive positions in organizations such as Founder of Soluciones Ambientales Totales S.A. SAMBITO, Founder and President of the International Environmental Summit - CIMA, Founder and President of the Latin America Green Awards, Founder of the EARTH Alumni Association, first graduate to be a Member of the Board of Directors of the EARTH University Foundation.

In recognition of these environmental efforts, Minister Manrique obtained the first Guinness record for the city of Quito for recycling, along with 93,000 students, 1'559,002 bottles in 6 days (2012); he was also a finalist of "The Catalyst" by Lux Awards (2018), and considered one of the 100 most influential leaders in climate change in Latin America (2020).

During the first year of his administration, Ecuador became the first country in Latin America to adopt a public policy of Ecological Transition. This new approach will lead Ecuador to achieve the goal of being carbon neutral by 2050. Additionally, Minister Manrique declared the new ‘Hermandad Marine Reserve’ in Galapagos, adding 60,000 km2 to the existing conservation area in the islands, increasing from 138,000 to 198,000 km2. This effort is complemented by strengthening the Tropical Eastern Pacific Marine Corridor (CMAR), which connects Ecuador, Costa Rica, Colombia, and Panama to protect the underwater highway transited by migratory species. 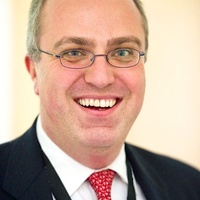 Video of the Hermandad Marine Reserve. Courtesy of Ecuador's Ministry of Environment, Water and Ecological Transition.