Energy, Peace, and Conflict in the Eastern Mediterranean

A panel discussion with: 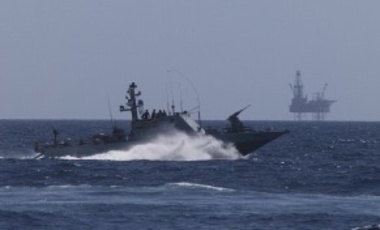 Getty Images
An Israeli Navy vessel passes by the Tamar drilling natural gas production platform during a squadron exercise off the coast of Israel in the Mediterranean Sea.

A panel discussion with:

Dr. Payam Mohseni, Director of the Iran Project and Fellow for Iran Studies, The Belfer Center for Science and International Affairs, Harvard University

The discovery of sizable reserves of natural gas in the Eastern Mediterranean Sea off the coasts of Cyprus and Turkey, as well as anticipated finds in Mediterranean coasts of other countries in the region, such as Israel and Lebanon, may be a potential game-changer in the region's economic and security matrix.

Join us for a roundtable discussion on the implications of new energy sources in the Eastern Mediterranean for Europe and the Middle East.