The Federal Energy Regulatory Commission oversees a significant portion of the electric and natural gas industry. Until recently the Commission carried out its regulatory responsibilities without a significant amount of attention. But climate change has created deeper divisions about FERC’s regulatory actions and has shined the spotlight on the role the Commission plays in the energy transition.

Join us for an Energy Policy Seminar featuring Richard Glick, Chairman of the Federal Energy Regulatory Commission. The Chairman will give a talk entitled "How Climate Change Awakened 'a Sleepy Little Agency'." Q&A to follow. Buffet-style lunch will be served.

Registration: In-person attendance is limited to current Harvard ID holders. No RSVP is required. Room capacity is limited and seating will be on a first come, first served basis.

Members of the public are welcome to attend virtually via Zoom. Virtual attendees should register using the button below; upon registering, attendees will receive a confirmation email with a Zoom link.

Recording: The seminar will be recorded and available to watch on this page (typically one week later). Those who register for this event will automatically receive a link to the recording as soon as it becomes available.

Accessibility: Persons with disabilities who wish to request accommodations or who have questions about access, please contact Liz Hanlon (ehanlon@hks.harvard.edu) in advance of the session. 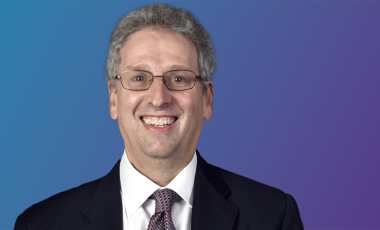 Chairman Richard Glick was named by President Biden to be Chairman of the Federal Energy Regulatory Commission on January 21, 2021 and is serving a five-year term. He was re-nominated for another term by President Biden on May 20, 2022, and is awaiting U.S. Senate confirmation.

Glick was initially nominated to the Federal Energy Regulatory Commission by President Donald J. Trump in August 2017 and confirmed by the U.S. Senate on November 2, 2017.

Before joining the Commission, he was general counsel for the Democrats on the Senate Energy and Natural Resources Committee, serving as a senior policy advisor on numerous issues including electricity and renewable energy.

Prior to that, he was vice president of government affairs for Iberdrola’s renewable energy, electric and gas utility, and natural gas storage businesses in the United States. He ran the company’s Washington, D.C., office and was responsible for developing and implementing the U.S. businesses’ federal legislative and regulatory policy advocacy strategies.

Glick previously served as a director of government affairs for PPM Energy and before that was director of government affairs for PacifiCorp. He served as a senior policy advisor to U.S. Energy Secretary Bill Richardson, and before that was legislative director and chief counsel to U.S. Senator Dale Bumpers of Arkansas. From 1988-1992 Chairman Glick was an associate with the law firm of Verner, Liipfert, Bernhard, McPherson and Hand.

He is a graduate of George Washington University and Georgetown Law. He and his wife Erin have a son. 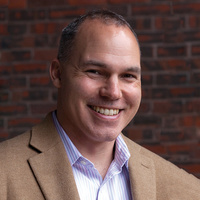