Hydrogen: Bridging the Gap to Build a Clean Energy Future in Europe and Beyond

This event is co-sponsored by the Belfer Center's Environment and Natural Resources Program. 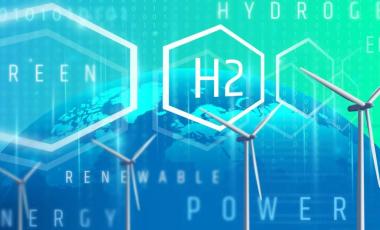 With climate change being the most urgent challenge of our generation, the global energy landscape has undergone dramatic changes, driven by the need to undertake a deep transition. Pledges to reach net zero now cover almost 80% of the global economy, with the European Union leading the way with a target and concrete plan to become climate-neutral by 2050.

Hydrogen features prominently in this debate, being recognized in Europe as key to decarbonization. According to the International Energy Agency, in fact, electricity will only reach up to 50% of the energy mix, with limits in hard to abate sectors. This is where hydrogen enters the scene: produced from cheap green electricity, hydrogen can play a part in decarbonization, notably of industry, heavy and long-distance transport and winter heating, as well as storage. It is also on the cusp of becoming cost-competitive. Given its potential, hydrogen has been described as the missing link in decarbonization, both in Europe and beyond.

Marco Alverà, born in New York in 1975, has been the CEO of Snam, one of the world’s leading energy infrastructure companies, since April 2016. He has more than 20 years of experience in the energy sector, having also worked for Enel and Eni. Marco is non-executive Director of S&P Global, where he is also Chair of the Finance Committee. He is author of the Hydrogen Revolution, Basic Books.

Dr. Nicola De Blasio is a Senior Fellow leading Belfer Center research on energy technology innovation and the transition to a low carbon economy. With more than 25 years of global experience in the energy sector, Dr. De Blasio is an expert in navigating the challenges of strategic development and technology innovation toward sustainable commercial success, at scale. This coupled with his insight on the impact of an institution’s development and innovation activities on other facets of business strategy, such as environmental, social, operational, geopolitical, and governmental factors. Dr. De Blasio serves as an independent board member and adviser to various companies, startups and non-profit organizations. He has worked across business, academia, government, and civil society to develop and implement new business opportunities and establish connections that support research, educational and convening opportunities.

Henry Lee is the Jassim M. Jaidah Family Director of the Environment and Natural Resources Program within the Belfer Center for Science and International Affairs at the Harvard Kennedy School; Faculty Co-Chair of the HKS Arctic Initiative and Decarbonization in China research endeavors; and a Senior Lecturer in Public Policy. Before joining Harvard Kennedy School in 1979, Mr. Lee spent nine years in Massachusetts State Government as Director of the State's Energy Office and Special Assistant to the Governor for Environmental Policy. He has served on numerous state, federal, and private advisory boards concerning energy and the environment. Mr. Lee is a former Chairman of the Massachusetts Stewardship Council, which oversees state parks and recreation facilities. Additionally, he has worked with private and public organizations, including the InterAmerican Development Bank, the World Bank's International Finance Corporation, the State of Sao Paulo, the U.S. Departments of Energy and Interior, the National Research Council, the Intercontinental Energy Corporation, General Electric, and the U.S. EPA.

Nathalie Tocci is the Pierre Keller Visiting Professor at the Harvard Kennedy School for Autumn 2021. She is also Director of the Istituto Affari Internazionali and an Honorary Professor at the University of Tübingen. She is Special Advisor to EU High Representative and Vice President of the Commission Josep Borrell. As Special Advisor to HRVP Federica Mogherini she wrote the European Global Strategy and worked on its implementation. She has been a member of Eni's Board of Directors since May 2020. Previously she held research positions at the Centre for European Policy Studies, Brussels, the Transatlantic Academy, Washington and the Robert Schuman Centre for Advanced Studies, Florence.

Paul-Etienne Pini is an MPP candidate at the Harvard Kennedy School and a Young Leader Fellow at the Belfer Center within the "Managing the Atom" program. Prior to Harvard, he served as a policy analyst for the UN’s International Atomic Energy Agency and the OECD, contributing to expert taskforces and strategic foresight development to help countries advance their nuclear decommissioning and waste management programs. His research interests include energy transitions, infrastructure lifecycle management, energy access and multilateral cooperation. Originally from France, Paul holds a BA in Land Planning & Development and an MPhil in Geography & Environment from Ecole Normale Supérieure (Lyon).