The Israeli-Palestinian Divide: Is There Hope?

Please join the Future of Diplomacy Project for a conversation with Fisher Family Fellow and Chief Palestinian Negotiator, Dr. Saeb Erakat on the future of Israeli-Palestinian talks given the recent recognitions of Israel by the United Arab Emirates and Bahrain. This seminar will be moderated by Faculty Chair, Nicholas Burns and is open to Harvard-ID holders or by invitation only.

PLEASE NOTE: This seminar will be conducted via Zoom. Please register in advance for this meeting and use your @harvard.edu email address: 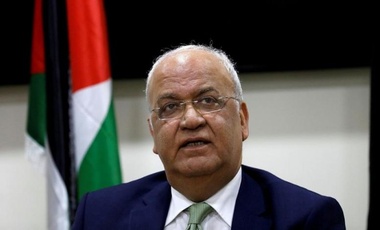 Reuters
Saeb Erakat during a news conference in Ramallah, January 30, 2019
ABOUT 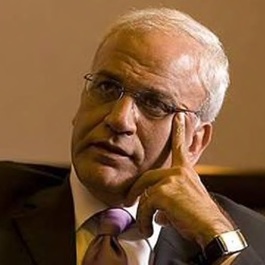 Dr. Saeb Erakat is currently the Chief Palestinian Negotiator and Head of the Negotiations Affairs Department. His objective is to solve the Palestinian-Israeli conflict through diplomatic offices with a two-state negotiated solution based on the 1967 borders. He has been extensively involved in all negotiations with Israel, including those conducted at Camp David (2000) and in Taba (2001).

Previously, Dr. Erakat was appointed the Head of the Central Elections Commission and served as the Minister of Local Government for the Palestinian National Authority from 1994 to 2003. In 1991, he was the Vice-Chair of the Madrid Peace Delegation and was later the Vice-Chair at the Washington negotiations of 1992. In 1994, Dr. Erakat was appointed the Chairman of the Palestinian Negotiating Delegation for Elections and has since been Head of the Palestinian Side of the Steering and Monitoring Committee.

Dr. Erakat is a professor of political science at An-Najah University in Nablus. He served on the editorial board of Al-Quds newspaper, the Palestinian daily with the highest circulation. He also served as the Secretary General of the Arab Studies Society.

Dr. Erakat holds a Ph.D. in Peace Studies (Bradford University), and a B.A. and M.A. in International Relations (University of San Francisco). He is the author of fourteen books and numerous research papers on foreign policy, oil, conflict resolution and negotiations. His latest book is Arafat’s Siege and Middle East Politics (2019).