As the United States reflects on its infamous history of “forever wars” and searches for lessons to avoid similar entanglements in the future, join the Belfer Center’s Applied History Project for an open session of our Applied History Working Group. Its members—distinguished historians and public servants—study the past to illuminate the most pressing challenges we face today. 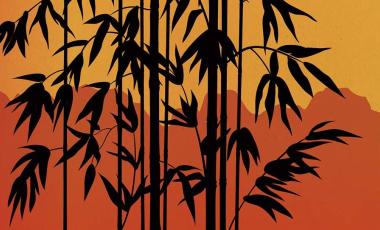 For this session, the Applied History Working Group is delighted to welcome Nathaniel L. Moir, Associate of the Belfer Center’s Applied History Project. Moir, in conversation with Fredrik Logevall (Laurence D. Belfer Professor of International Affairs and author of the Pulitzer Prize-winning volume on Vietnam Embers of War), will discuss his new book Number One Realist: Bernard Fall and Vietnamese Revolutionary Warfare, which blends history and biography to challenge the traditional mode of thinking about the Vietnam War.

All are welcome to attend; register using the RSVP link above.

Nathaniel L. Moir, Ph.D., is an Associate with the Applied History Project at Harvard Kennedy School, an affiliate with the Contemporary History Research Group at Deakin University, Melbourne, Australia, and an Editor with the Journal of Applied History, published by Brill. He was formerly an Ernest May Postdoctoral Fellow in History & Policy at the Kennedy School from 2019 to 2021. Nate studies the history of modern Southeast Asia, Twentieth-Century U.S. Foreign Policy, and Security Studies with an emphasis on Information Operations. Nate is also a Major in the United States Army Reserve with military occupational specialties in Military Intelligence (earned at Fort Huachuca, Arizona) and Psychological Operations (earned through the United States Army John F. Kennedy Special Warfare Center and School, Fort Bragg, North Carolina). Commissioned through Officer Candidate School (Fort Benning, Georgia), he deployed to Afghanistan as a Psychological Operations Detachment Officer in 2010-2011. After his deployment to Afghanistan and before beginning graduate study in history, he worked from 2011 to 2013 as a Senior Research Analyst in the Program for Culture and Conflict Studies at the Naval Postgraduate School, Monterey, California.

Fredrik Logevall is the Laurence D. Belfer Professor of International Affairs at the John F. Kennedy School of Government and Professor of History, Harvard University. He is the author or editor of ten books, most recently JFK: Coming of Age in the American Century (Random House, 2020), which won the Elizabeth Longford Prize and was a New York Times Notable Book of the Year. His book Embers of War: The Fall of an Empire and the Making of America’s Vietnam (Random House, 2012), won the 2013 Pulitzer Prize for History and the 2013 Francis Parkman Prize, as well as the 2013 American Library in Paris Book Award and the 2013 Arthur Ross Book Award from the Council on Foreign Relations. His essays and reviews have appeared in The New York Times, The Washington Post, The Los Angeles Times, The Times (UK), The Wall Street Journal, Politico, The Daily Beast, the London Review of Books, and Foreign Affairs, among other publications. A native of Stockholm, Sweden, Logevall holds a PhD in History from Yale University. He is a past president of the Society for Historians of American Foreign Relations.

“In a 1965 letter to Newsweek, French writer and academic Bernard Fall (1926-67) staked a claim as the ‘Number One Realist’ on the Vietnam War. This is the first book to study the thought of this overlooked figure, one of the most important experts on counterinsurgency warfare in Indochina. Nathaniel L. Moir’s intellectual history analyses Fall’s formative experiences: his service in the French underground and army during the Second World War; his father’s execution by the Germans and his mother’s murder in Auschwitz; and his work as a research analyst at the Nuremberg Trials. Moir demonstrates how these critical events shaped Fall’s trenchant analysis of Viet Minh-led revolutionary warfare during the French-Indochina War and the early Vietnam War. In the years before conventional American intervention in 1965, Fall argued that—far more than anything in the United States’ military arsenal—resolving conflict in Vietnam would require political strength, willpower, integrity and skill. Number One Realist illuminates Fall’s study of political reconciliation in Indochina, while showing how his profound, humanitarian critique of war continues to echo in the endless conflicts of the present. It will challenge and change the way we think about the Vietnam War.”

“‘To win the military battle but lose the political war could well become the U.S. fate in Vietnam,’ observed Bernard Fall in 1962. In Number One Realist, Nathaniel Moir gives us a superbly rich biography, combined with an illuminating history of irregular and revolutionary warfare, subjects on which Fall was one of the twentieth century’s pioneering authorities. This is much more than a contribution to the history of that long and complex war in Indochina, the end of which Fall did not live to see. It is a profound study of war as a perennial human phenomenon and how best to think and write about it.”—Niall Ferguson, Milbank Family Senior Fellow, Hoover Institution, Stanford University, and author of Kissinger, 1923–1968: The Idealist

“Moir shines with this timely, relevant appraisal of Bernard Fall, the most perceptive critic of French and American political-military operations in Southeast Asia during the Cold War era. A superb evaluation of Fall and his influential scholarship on revolutionary warfare.”—Gregory A. Daddis, USS Midway Chair in Modern U.S. Military History, San Diego State University