News Framing in Times of Crisis: The 2007 Nahr el-Bared Battle in the Lebanese Press 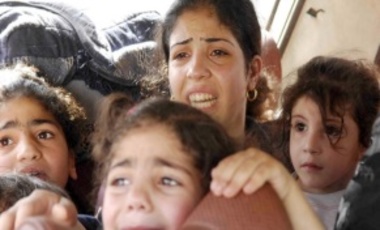 Light lunch will be served.

RSVP not required, but welcomed.

The seminar shares the findings of PhD research at the University of London/SOAS, and includes a comparative frame analysis of the battle in leading mainstream Lebanese dailies, focusing on Al-Nahar and Al-Safir newspapers within the context of a turbulent period (2005-2007) in Lebanese history, following the assassination of Prime Minister Hariri. The research also examines the representation of Palestinian refugees in the Lebanese press in times of crisis in a post-civil war context.

Taking Nahr el-Bared battle as a case study for news framing in times of crisis, the seminar will assess the role of Lebanese media in building Lebanese-Palestinian relations after the civil war, explore the global/local forces that impact discourses of terror in the media in a Middle Eastern context post-September 11, and address the challenges facing Lebanese media within the broader context of freedom of the press, and the limitations of investigative journalism in Lebanon and the region.

The seminar will also shed light on the challenges facing researchers working on media studies in the Middle East with respect to methodology, theory, and practical considerations.

Rima Merhi recently submitted a PhD in media studies to the University of London/SOAS, with regional focus on the Middle East. Previously at Harvard, Rima was a postgraduate student, human rights research fellow at the Carr Center for Human Rights Policy, and consultant with Humanitarian Policy and Conflict Research Program at the Harvard Humanitarian Initiative. She worked with the UN during the crisis of Nahr el-Bared. Rima has published articles and photos in prominent Arabic and English newspapers and media outlets.