Perspectives on the DNFSB and the Nuclear Enterprise 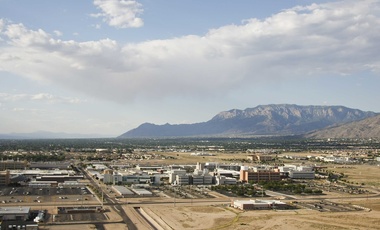 National Nuclear Security Administration
Sandia National Laboratories in New Mexico.
About
For the past 20 years, Ms. Connery has worked across the nuclear policy spectrum—working both domestically and internationally, with the National Labs, the National Nuclear Security Administration, the National Security Council, and the Department of Energy, and now at the Defense Nuclear Facility Safety Board (DNFSB). She will share her perspectives on the role of the DNFSB and its importance given the state of the nuclear weapons complex and the new NPR as well as the interconnection among nuclear deterrence, nuclear safety, nuclear energy, and nonproliferation.
The Honorable Joyce Connery is a Board Member at the Defense Nuclear Facility Safety Board and former Chairman of the Agency. She previously pioneered the position of the Director for Nuclear Energy at the National Security Council and National Economic Council, and prior to that position, was the senior policy advisor for the Deputy Secretary of Energy. She served two other tours at the National Security Council—as Director for Counter-proliferation under the Bush administration and as Director for Nonproliferation and Nuclear Security under the Obama Administration, where she was one of the architects of the first Nuclear Security Summit. She held various jobs within the Defense Nuclear Nonproliferation Office of the National Nuclear Security Administration, including as the senior advisor to the Deputy Administrator. She began her nuclear career with Argonne and then Idaho National Laboratories working in Kazakhstan. She also served in the Peace Corps in Turkmenistan. Ms. Connery has received numerous awards for her work—from the Department of Energy, the American Nuclear Society, the Nuclear Infrastructure Council, and was a finalist for the prestigious Service to America Award.  Ms. Connery is a native of the greater Boston area and holds degrees from Tufts and the Fletcher School.