A Policy of Public Diplomacy with North Korea [Report Launch]

This online session will be a report launch for "A Policy of Public Diplomacy with North Korea: A Principled and Pragmatic Approach to Promote Human Rights and Pursue Denuclearization." This report is based on the insights of a working group of ten members that convened throughout the spring of 2021 to produce policy recommendations on North Korea for the Biden Administration.

Registration via Zoom is required. Click here to register for the event. 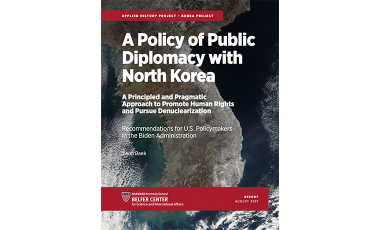 A Policy of Public Diplomacy with North Korea Report Cover

​​The North Korean nuclear threat remains one of the most persistent and complex foreign policy issues facing the United States today. The growing risk that the Kim regime’s nuclear and missile programs pose to the U.S. underscores the need to consider every tool of statecraft available to pursue the United States’ policy objectives on North Korea. The Biden administration has emphasized the importance of alliances and core values of democracy in its foreign policy approach. Given this emphasis, public diplomacy—activities intended to understand, inform, and influence foreign audiences—should be considered an essential tool in achieving our long-term policy objectives in North Korea. Public diplomacy has the potential to spur domestic change in North Korea—change that could result in improved human rights conditions, leading to behavioral change in the Kim regime, and eventually denuclearization.

This report proposes three recommendations for how the USG can adopt a public diplomacy policy with North Korea: 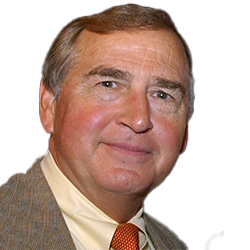 Professor Graham Allison is the Douglas Dillon Professor of Government at Harvard University. He is a leading analyst of national security with special interests in nuclear weapons, Russia, China, and decision-making. Prof. Allison was the “Founding Dean” of Harvard’s John F. Kennedy School of Government, and until 2017, served as Director of its Belfer Center for Science and International Affairs, which is ranked the “#1 University Affiliated Think Tank” in the world. As Assistant Secretary of Defense in the first Clinton Administration, he received the Defense Department’s highest civilian award, the Defense Medal for Distinguished Public Service, for “reshaping relations with Russia, Ukraine, Belarus, and Kazakhstan to reduce the former Soviet nuclear arsenal.” Prof. Allison’s latest book, Destined for War: Can America and China Escape Thucydides’s Trap? (2017), is a national and international bestseller. His first book, Essence of Decision: Explaining the Cuban Missile Crisis (1971), ranks among the all-time bestsellers with more than 500,000 copies in print. He was educated at Davidson College; Harvard College (B.A., magna cum laude, in History); Oxford University (B.A. and M.A., First Class Honors in Philosophy, Politics, and Economics); and Harvard University (Ph.D. in Political Science). 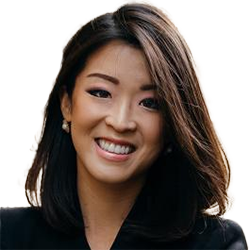 Jieun Baek is a Fellow with the Korea Project and the Applied History Project at Harvard Kennedy School's Belfer Center where she focuses on North Korea policy. She is the author of North Korea’s Hidden Revolution: How the Information Underground is Transforming a Closed Society, and is the founder and co-director of Lumen, a non-profit organization that works to make information available to all North Koreans. Prior to receiving her doctorate in Public Policy at the University of Oxford, she was a Research Fellow at the Belfer Center, and worked at Google headquarters for several years where, among other roles, she served as Google Ideas’ North Korea expert. Baek received her bachelor’s and master’s degrees from Harvard.  She is a proud Los Angeles native. Visit her at www.JieunBaek.com.&nbsp; 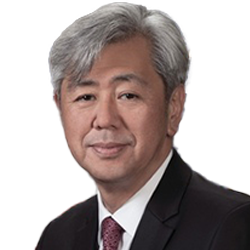 Andrew Kim is a Fellow with the Korea Project at the Harvard Kennedy School’s Belfer Center. He retired in November 2018 as a Senior Intelligence Officer from the Central Intelligence Agency (CIA) after 28 years of service. His last position was Assistant Director of CIA for the Korea Mission Center. He established the Korea Mission Center in April 2017 in direct response to a Presidential initiative to defuse North Korea’s longstanding threat to global security.  He also managed and guided CIA analysts who have unique and extensive expertise on Korea to provide strategic and tactical analytic products for a range of policymakers. He successfully negotiated the foundation for the U.S.-North Korea Summit in Singapore in June 2018 – a diplomatic initiative aimed at resolving seven decades of conflict on the Korean Peninsula. Mr. Kim also held the Associate Deputy Director of CIA for Operations/Technology position.  In this capacity, he led and orchestrated all efforts to update their operational technology and incorporated state-of-the-art doctrine into CIA training curricula. Mr. Kim, who served as the Chief of CIA Station in three major East Asian cities, managed the collection, analysis, production, and distribution of information that directly affected national security. In recognition of his many contributions, CIA honored Mr. Kim with the Director’s Award (2018), Presidential Rank Award (2012), and the Donovan Award (1990).  He speaks fluent Korean, Japanese, and Mandarin Chinese. 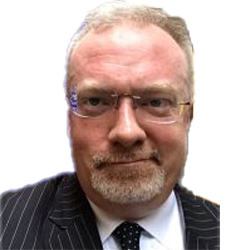 Markus Garlauskas is an independent author, strategic analyst and consultant, who​ ​focused on North Korea issues for nearly twenty years as a US government official. He concluded his term as a member of the Senior National Intelligence Service in June 2020, after nearly six years leading the US Intelligence Community's analysis on North Korea​ ​as the National Intelligence Officer for North Korea on the National Intelligence Council. He also served in Seoul at the headquarters of United Nations Command, Combined Forces Command and US Forces Korea from 2002 to 2014 in a variety of key positions, including​ ​as Chief of Intelligence Estimates and as Chief of Strategy. He is currently a nonresident Senior Fellow with the Scowcroft Center of the Atlantic Council and an adjunct professor in Georgetown University’s graduate-level security studies program. He holds​ ​a Master's degree in security studies from Georgetown University. 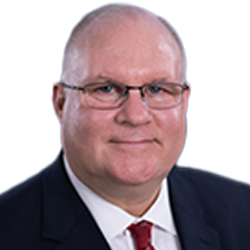 David Maxwell is a Senior Fellow at the Foundation for Defense of Democracies. He is a 30 year veteran of the US Army retiring in 2011 as a Special Forces Colonel with his final assignment serving on the military faculty teaching national security strategy at the National War College.  He has spent more than 20 years in Asia with 3 years on the Korean DMZ and served on the United Nations Command / Combined Forces Command / United States Forces Korea CJ3 staff where he was a planner for OPLAN 5027 and co-author of the original CONPLAN 5029  (North Korean Instability and Collapse) and later served as the Director of Plans, Policy, and Strategy (J5) and the Chief of Staff for Special Operations Command Korea (SOCKOR).   He is a fellow at the Institute of Corean-American Studies (ICAS) and on the Board of Advisors for Spirit of America. He is a member of the Board of Directors of the Committee for Human Rights in North Korea (HRNK), the International Council of Korean Studies (ICKS), the Council of US Korean Security Studies (CUSKOSS), the Small Wars Journal, and the OSS Society. He teaches a graduate course, “Unconventional Warfare and Special Operations for Policy Makers and Strategists” in the DC area. 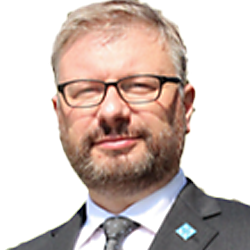 Greg Scarlatoiu is the Executive Director of the Committee for Human Rights in North Korea (HRNK). He is a visiting professor at Hankuk University of Foreign Studies and instructor and coordinator of the Korean Peninsula and Japan class at the U.S. State Department’s Foreign Service Institute (FSI).  Scarlatoiu is vice president of the International Council on Korean Studies (ICKS). For the past 18 years, he has authored and broadcast the Korean language “Scarlatoiu Column” for Radio Free Asia (RFA). His past experience includes three years with Korea Economic Institute in Washington, D.C. and over six years in international development. Scarlatoiu holds a Master of Arts in Law and Diplomacy from the Fletcher School, Tufts University, and a Master of Arts and Bachelor of Arts from Seoul National University’s Department of International Relations. He completed the MIT XXI Seminar for U.S. national security leaders in 2016-2017. Scarlatoiu was awarded the title ‘Citizen of Honor, City of Seoul,’ in January 1999. Born and raised in communist Romania, Scarlatoiu is a naturalized U.S. citizen. He is fluent in Korean and French and a native Romanian speaker. 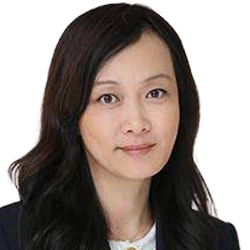 Sue Mi Terry is Senior Fellow for Korea at the Center for Strategic and International Studies (CSIS). Prior to joining CSIS, she had a distinguished career in intelligence, policymaking, and academia following Korean issues. She served as a Senior Analyst at the CIA from 2001 to 2008, where she produced hundreds of intelligence assessments—including a record number of contributions to the President’s Daily Brief, the Intelligence Community’s most prestigious product. She received numerous awards for her leadership and outstanding mission support, including the CIA Foreign Language award in 2008. From 2008 to 2009, she was the Director for Korea, Japan, and Oceanic affairs at the National Security Council under both Presidents George W. Bush and Barack Obama. In that role, she formulated, coordinated, and implemented U.S. government policy on Korea and Japan, as well as Australia, New Zealand, and Oceania. From 2009 to 2010, she was Deputy National Intelligence Officer for East Asia at the National Intelligence Council. In that position, she led the U.S. Intelligence Community’s production of strategic analysis on East Asian issues and authored multiple National Intelligence Estimates. From 2010 to 2011, she served as the National Intelligence Fellow in the David Rockefeller Studies Program at the Council on Foreign Relations in New York. Since leaving the government, she has been a Senior Research Scholar at Columbia University’s Weatherhead East Asian Institute (2011-2015), where she taught both graduate and undergraduate courses on Korean politics and East Asia. She holds a Ph.D. (2001) and a Masters of Arts in Law and Diplomacy (1998) from the Fletcher School of Law and Diplomacy, Tufts University, and a Bachelor of Arts in political science from New York University (1993).