Join the Cyber Project as we explore the grave impacts of ransomware on our national (and international) security.  We will explore recent lessons from attacks on the healthcare and financial industries, discuss recommendations from the Ransomware Task Force, and ask what role the US government should take to combat the threat, especially through the Department of Defense (reports linked below).

The Cyber Peace Insitute: Playing with Lives: Cyberattacks on Healthcare are Attacks on People https://cyberpeaceinstitute.org/publications/sar001-healthcare/

What Is Cyber Command’s Role in Combating Ransomware? https://www.lawfareblog.com/what-cyber-commands-role-combating-ransomware 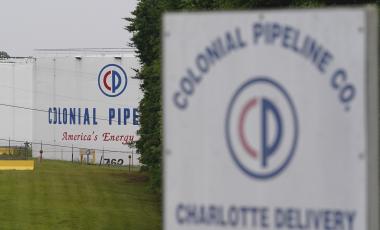 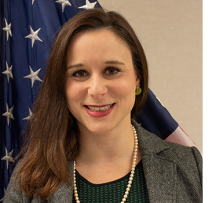 Dr. Erica Lonergan (née Borghard) is a senior fellow in the Technology and International Affairs Program at the Carnegie Endowment for International Peace, as well as an Adjunct Associate Professor and Research Scholar at the Saltzman Institute of War and Peace Studies at Columbia University. Erica served as a senior director on the US Cyberspace Solarium Commission, a Congressional commission established to develop a comprehensive national strategy to defend the United States in cyberspace. Previously, Erica was senior fellow with the New American Engagement Initiative at the Scowcroft Center for Strategy and Security in the Atlantic Council. Prior to that, she served in two positions at the United States Military Academy at West Point, as an Assistant Professor in the Army Cyber Institute, and as Assistant Professor and Executive Director of the Rupert H. Johnson Grand Strategy Program in the Department of Social Sciences. Erica was also a Council on Foreign Relations International Affairs Fellow, with placement at JPMorgan Chase and US Cyber Command. Erica received her PhD in Political Science from Columbia University. She is a term member at the Council on Foreign Relations. 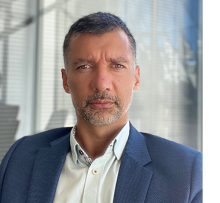 Stéphane Duguin is the CEO of the Cyber Peace Institute. He has spent two decades analysing how technology is weaponized against vulnerable communities. In particular, he has investigated multiple instances of the use of disruptive technologies, such as AI, in the context of counter terrorism, cybercrime, cyberoperations, hybrid threats, and the online use of disinformation techniques. He leads the CyberPeace Institute with the aim of holding malicious actors to account for the harms they cause. His mission is to coordinate a collective response to decrease the frequency, impact, and scale of cyberattacks by sophisticated actors.  Prior to this position, Stéphane Duguin was a senior manager and innovation coordinator at Europol. He led key operational projects to counter both cybercrime and online terrorism, such as the European Cybercrime Centre (EC3), the Europol Innovation Lab, and the European Internet Referral Unit (EU IRU). He is a thought leader in digital transformation and convergence of disruptive technologies. With his work published in major media, his expertise is regularly sought in high-level panels where he focuses on the implementation of innovative responses to counter new criminal models and large-scale abuse of cyberspace. 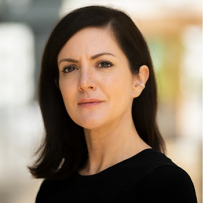 Klara Jordan is the Chief Public Policy Officer at the CyberPeace Institute.  Prior to joining the Cyber Peace Institute, Klara was the Director for Government Affairs and Public Policy for the UK at BlackBerry and the Executive Director for the EU and Africa at the Global Cyber Alliance. She also served as the director of the Cyber Statecraft Initiative at the Atlantic Council think tank, and worked in the policy and privacy division of FireEye.  Her background also includes work on international law issues at the American Society of International Law and at NATO’s Allied Command Transformation. 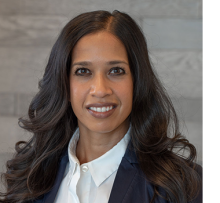 Janet Rathod currently serves as the Global Head of Cyber Threat Intelligence at Citigroup Inc. where she leads cyber intelligence collection, analysis and partner engagement efforts across multiple global teams. She is responsible for cyber analytical production at the tactical, operational and strategic level. She also serves as a liaison to the U.S. Intelligence Community. Janet serves on the Board of Directors of the FBI Association of Intelligence Analysts, dedicated to building a community of Intelligence Analysts in the private sector. Prior to Citi, Janet served as Senior Director, Cyber Operations and Intelligence at Capital One Financial Corporation where she led Log Management, Perimeter Defense, Anti Money Laundering reporting, Third Party Intelligence Assessments, Highly Sensitive Document controls, and Cyber Fraud Intelligence. Janet represented Capital One on the advisory board for the non-profit organization Cybercrime Support Network, and served as the leadership sponsor for Women in Cyber. Prior to Capital One, Janet served for 16 years in the Federal Bureau of Investigation (FBI). She was a member of the Senior Executive Service, where she governed the intelligence program for 56 Field Offices and four operational divisions. Janet also served as an Executive Manager at the Washington Field Office with oversight over Cyber and Counterintelligence Intelligence Analysts. She served as an adjunct faculty member for counterterrorism at the George C. Marshall European Center for Security Studies in Garmisch, Germany. During her tenure at the FBI, Janet completed overseas tours to Iraq and Afghanistan, and was instrumental in building the FBI’s information-sharing component for the Counterterrorism Division. While serving in the FBI, Janet led intelligence training programs for Fortune 500 companies, including Disney, Sony, United Parcel Service and Western Union. Janet earned a master’s degree in Public Administration from New York University and a bachelor’s degree in Political Science from Nebraska Wesleyan University. She studied abroad at the American University in Cairo, Egypt, and Gujarat University in Ahmedabad, India. She is a Public Policy and International Fellow and Presidential Management Fellow. In her spare time, Janet enjoys gardening, cooking, and overseas travel. 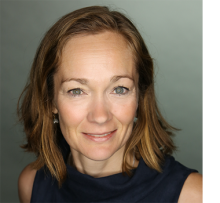 Megan Stifel has worked at the intersection of national security, law, and technology for over two decades. She is currently the Executive Director, Americas, at the Global Cyber Alliance, a non-for-profit dedicated to reducing cyber risk. She previously served as Cybersecurity Policy Director at Public Knowledge. Megan is a Senior Fellow in the Atlantic Council’s Cyber Statecraft Initiative and a Visiting Fellow at George Mason University’s National Security Institute.  Megan previously served as a Director for International Cyber Policy at the National Security Council, where she worked to expand the U.S. government's information and communications technology policy abroad, including in connection with cybersecurity, internet governance, privacy, bilateral and multilateral engagement, and capacity building. Prior to the NSC, Ms. Stifel served in the U.S. Department of Justice as Director for Cyber Policy in the National Security Division and as counsel in the Criminal Division’s Computer Crime and Intellectual Property Section. Ms. Stifel was previously in private practice, where she advised clients on sanctions and FCPA compliance.  Before law school, Ms. Stifel worked for the U.S. House of Representatives Permanent Select Committee on Intelligence. She received a Juris Doctorate from the Maurer School of Law at Indiana University, and a Bachelor of Arts, magna cum laude, from the University of Notre Dame. She is a partner with Social Venture Partners Charleston.