The Regional Fallout of the Syrian Civil War 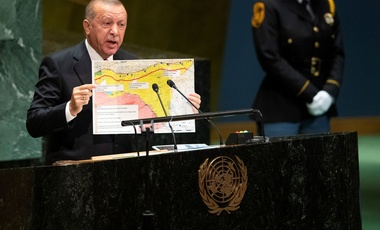 The civil war in Syria is a faultline in the Levant whose repercussions will have lasting implications on intra-regional power balances, the regional demographic character, and alliances between regionals and international stakeholders. The talk will discuss these developments in light of evolving conflict dynamics in Syria and the region.

Randa Slim is a senior fellow and director of the Program on Conflict Resolution and Track II Dialogues at the Middle East Institute in Washington DC, and is a non-resident fellow at the Foreign Policy Institute of the Johns Hopkins University School of Advanced International Studies (SAIS). She works and publishes on regional and international issues of the Middle East with an emphasis on Lebanon, Syria and Iraq.

A former vice president of the International Institute for Sustained Dialogue, Slim has also been a senior program advisor at the Rockefeller Brothers Fund, a guest scholar at the United States Institute of Peace, a program director at Resolve, and a program officer at the Kettering Foundation. A former member of the Dartmouth Conference US-Russian regional conflicts taskforce, she was a member of the US-Russia mediator team in the Inter-Tajik Dialogue (1992-2000) and worked on conflict management activities in Tajikistan and the Ferghana Valley (2000-2006).

Since 2002, Slim has developed and managed a number of dialogue and peace-building projects in the Middle East including the Arab-American-European Dialogue (2004-2009), the Iraqi National Reconciliation Initiative (2006-2009), the Middle East Dialogue (2012- ongoing) and the US-Russia Middle East Taskforce (2016- ongoing). Slim has also worked on the UN-mediated negotiations in Yemen as a consultant with the office of the UN Special Envoy for Yemen.