The Learning Agenda is an unprecedented effort by the Department to institutionalize evidence-based learning and implement the Foundations for Evidence-Based Policymaking Act of 2018 (“Evidence Act”).  The Evidence Act requires federal agencies to develop a “learning agenda” – a systematic plan to answer a set of policy-relevant questions critical to achieving the agency’s strategic objectives.  It will guide the Department’s efforts over the next four years across eight questions to increase the impact of U.S. foreign policy and bolster the Secretary of State’s modernization efforts. The event will feature a keynote address followed by a panel of foreign policy and evidence-building experts for a thoughtful discussion on addressing Learning Agenda Questions 1 and 2:

Keynote Speaker: Ambassador Victoria Nuland, Under Secretary for Political Affairs at the U.S. Department of State. 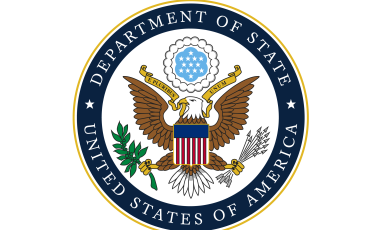 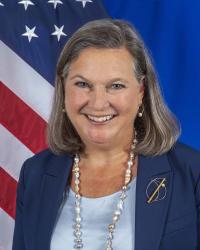 Ambassador Victoria Nuland was sworn-in as Under Secretary for Political Affairs in April 2021.

Prior to that, she was Senior Counselor at the Albright Stonebridge Group, a  global strategic advisory and commercial diplomacy firm based in  Washington, DC.  She was also a non-resident Senior Fellow at the Brookings Institution, Distinguished Practitioner in Grand Strategy at Yale University, and a Member of the Board of the National Endowment for Democracy.

A U.S. diplomat for 33 years, Ambassador Nuland served as Assistant Secretary of State for European and Eurasian Affairs from September 2013 until January 2017 under President Obama and Secretary Kerry.  She was State Department Spokesperson during Secretary Hillary Clinton’s tenure, and U.S. Ambassador to NATO during President George W. Bush’s second term, 2005-2008.  Nuland served as Special Envoy and chief negotiator on the Treaty on Conventional Arms Control in Europe from 2010-2011, and as Deputy National Security Advisor to Vice President Cheney from 2003-2005.  In addition to two tours at NATO in Brussels, she has served overseas in Russia, China and Mongolia, and in various assignments at the State Department in Washington.

Ambassador Nuland has a B.A. in history from Brown University. 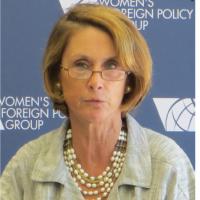 Ambassador (ret.) Barbara K. Bodine is Distinguished Professor in the Practice of Diplomacy and concurrent Director of the Institute for the Study of Diplomacy at Georgetown University. Prior to joining Georgetown University’s School of Foreign Service, she taught and directed policy task forces and policy workshops on US diplomacy in the Persian Gulf region, including Iraq and Yemen for seven years at Princeton University’s School of Public and International Affairs and served as Director of the School’s Scholars in the Nation’s Service Initiative, a fellowship program for students pursuing careers in federal service.

Ms. Bodine’s over 30 years in the U.S. Foreign Service were spent primarily on Arabian Peninsula and greater Persian Gulf issues, specifically US bilateral and regional policy, strategic security issues, counterterrorism, and governance and reform. Her tour as Ambassador to the Republic of Yemen, 1997-2001, saw enhanced support for democratization and increased security and counterterrorism cooperation. Ms. Bodine also served in Baghdad as Deputy Principal Officer during the Iran-Iraq War, Kuwait as Deputy Chief of Mission during the Iraqi invasion and occupation of 1990-1991, and again, seconded to the Department of Defense, in Iraq in 2003 as the senior State Department official and the first coalition coordinator for reconstruction in Baghdad and the central governorates. Her first assignment in the Bureau of Near Eastern Affairs was as Country Officer for the two Yemens and security assistance coordinator for the peninsula. She later returned to that office as Deputy Director.

Since leaving the government, Ambassador Bodine has been founding Director of the Governance Initiative in the Middle East and Senior Fellow at the Kennedy School of Government and the Robert Wilhelm Fellow at MIT’s Center for International Studies. She is a past president of the Mine Awareness Group, America, a global NGO that provides technical expertise for the removal of remnants of conflict worldwide. 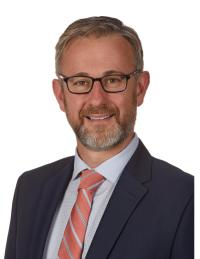 Dr. David Connolly is director of Learning, Evaluation and Research at the U.S. Institute of Peace. Dr. Connolly joined USIP in May 2018 after 13 years of experience with universities and think tanks in Amsterdam, Belfast, The Hague and York. His expertise has been commissioned to strengthen knowledge, policy and front-line practice by several governments (Afghanistan, Netherlands, and UK), multilateral agencies (UN and World Bank), international nongovernmental organizations, the private sector, the Netherlands Scientific Research Council, the Qatar Foundation, the Roosevelt Foundation and the Rotary Foundation.

Working at the intersection between research, policy and practice in fragile and conflict-affected states, Dr. Connolly’s specialist areas are local governance and more broadly the role of evidence in conflict prevention and post-conflict recovery. He has also collaborated with a range of academic disciplines and sectors including education, climate change adaptation, financial management and international law. Dr. Connolly has professional experience in 16 fragile and conflict-affected states in South and Southeast Asia, East and West Africa, and the Middle East.

Dr. Connolly holds a doctorate in Post-war Recovery Studies from the University of York, and both a masters in comparative ethnic conflict and a bachelor's (political science and English literature) from Queen’s University Belfast. He has published for academic audiences in journals such as Comparative Education and Civil Wars, and for policymakers in openSecurity, the Knowledge Platform for Security and Rule of Law and Parliamentary Brief. 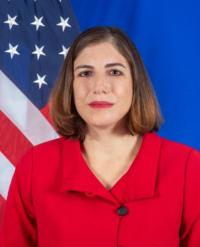 Dr. Dafna H. Rand is the Director of the Office of Foreign Assistance (F) at the Department of State. From 2017-2021, she was the Vice President of Policy and Research at Mercy Corps, a non-governmental organization working in 40 countries to support communities in need. Dr. Rand has a long career in public service: She has served as a Deputy Assistant Secretary in the Bureau of Democracy, Human Rights and Labor (DRL) and as a member of the Policy Planning staff at the State Department. She also served on the staff of the National Security Council during the Obama administration. Dr. Rand is the former Deputy Director of Studies at the Center for a New American Security (CNAS) and a former professional staff member of the U.S. Senate Select Committee on Intelligence (SSCI). She started her career in government as the foreign policy and defense legislative assistant to Senator Frank R. Lautenberg.

Dr. Rand’s research has focused on international security and democratic reform in the Middle East and North Africa, including two books on the subject. She earned a PhD in political science at Columbia University and an AB at Harvard University. 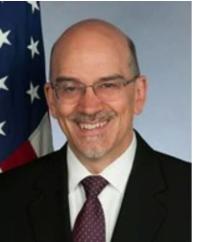 Douglas Pitkin is the Director of the Department of State’s Bureau of Budget & Planning (BP), which is responsible for developing the $25 billion diplomatic engagement budget, overseeing strategic planning and performance management of those resources, as well funds control of all Department resources. The BP Director also serves as the Department’s Performance Improvement Officer.

Mr. Pitkin previously served as BP’s Deputy Director from 2008 through May 2015, and as BP’s Director for Program Accounts from 2007 to 2008. He joined the State Department in 2006 as the Chief Financial Officer and Deputy Director of the Iraq Transition Assistance Office at U.S. Embassy Baghdad.

Mr. Pitkin has lived in Washington, DC since 1989. He received his B.A. in Latin American Studies from Tulane University in 1989, and a Masters of Public Policy from Georgetown University in 1997 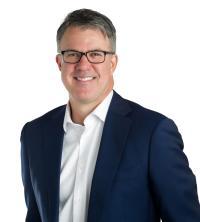 As the Chief of Staff to Secretary of Defense Ash Carter from 2015-2017, Eric Rosenbach was one of the senior-most leaders of an organization with 2.8 million personnel, a $585 billion annual budget and ongoing military operations in multiple locations around the world.

Rosenbach was charged with managing some of the Department’s most sensitive decisions and ensuring implementation of transformative changes in the Department’s technology, budget, and talent management.  He served as the Secretary’s closest strategic advisor on the war strategy and global coalition to defeat ISIS, the “rebalance” to Asia, and the effort to check Russian aggression. Rosenbach also led the Department’s efforts to improve innovation by forging and managing key initiatives such as the Defense Digital Service, the Silicon Valley-based Defense Innovation Unit and the Defense Innovation Board.

Rosenbach has authored many books and contributed articles on national security issues to the New York Times, Washington Post, and Boston Globe.   The LA Times called his book Find, Fix, Finish, co-authored with Aki Peritz, “an important volume in the secret history of a nasty war.”  He was a Fulbright Scholar and holds a Juris Doctor from Georgetown, Masters of Public Policy from the Harvard Kennedy School, and Bachelor of Arts from Davidson College.