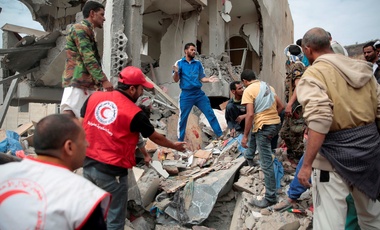 March 26, 2018 will mark three years since a Saudi-led, U.S.-backed international coalition intervened in Yemen, following the seizure of Yemen’s capital, Sana’a in September of 2014 by northern Houthi rebels in alliance with former Predisent Ali Abdullah Saleh, who had been ousted during the Arab Spring in 2011. Yemen has now become, according to the UN and WHO, the largest humanitarian crisis in the world. Nearly 12 million people are in need of assistance and in 2017, the worst cholera outbreak in recent history affected an estimated 1 million people. The outbreak, though now controlled, and other infectious diseases combine with famine, malnutrition, and the collapse of the country’s water and sanitation sector to threaten millions, while aid access is blocked and aid workers, hospitals, and civilian areas are attacked. As the armed conflict continues and political fissures in Yemen deepen, humanitarian access and protection issues continue to pose a huge challenge.

This panel will discuss the complexities of addressing the ongoing humanitarian crisis in Yemen focusing on the cholera outbreak, as well as the broader issues of sustaining humanitarian access and protection, advocating for respect for human rights, and ultimately concluding a political solution to the crisis. 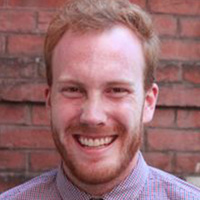