For Ph.D. Recipients and Junior Faculty

Application Deadline The fellowship application period for the 2023–2024 academic year is now closed. Recommendation Letters are due December 15, 2022. Applicants will be notified by February 15, 2023.

The Project on Managing the Atom/ International Security Program participates in the nuclear security fellowship program funded by the Stanton Foundation. These fellowships are non deferrable.

Frank Stanton, the president of CBS News from 1946-1971, established The Stanton Foundation. During his 25 years at the network's helm, Stanton turned an also-ran radio network into a broadcasting powerhouse. Stanton died in 2006, aged 98 years.

According to information provided by the foundation, Stanton was a strong defender of free speech and was determined to use television as an "instrument of civic education." For example, in 1960, he supported the first televised presidential debates with Richard Nixon and John Kennedy, which required a special act of Congress before they could proceed. These debates were credited with helping Kennedy win the presidency, and have since become a staple of U.S. presidential campaigns.

Throughout his life, Stanton was interested in international security and U.S. foreign policy. He served on several presidential commissions charged with preparing the United States for the challenges of living in a nuclear world. In 1954, Dwight Eisenhower appointed Stanton to a committee convened to develop the first comprehensive plan for the nation's survival of the following a nuclear attack. Stanton was responsible for developing plans for national and international communication in the aftermath of a nuclear incident. According to a statement from the foundation, "The Stanton Foundation aims, through its support of the Nuclear Security Fellows program, to perpetuate his efforts to meet [such] challenges."

Fellows are expected to produce a written product at the end of the fellowship (e.g. an article, report, or book). Suitable topics may include, but are not limited to:

The Stanton Nuclear Security Fellows must be in residence for the duration of their fellowships.

The Stanton Nuclear Security Fellowships offer annual stipends of 86,100 USD to post­doctoral research fellows, and stipends for junior faculty fellows will be awarded on a case-by-case basis and be commensurate with experience. These are benefits-eligible fellowships.

For more information on this fellowship: 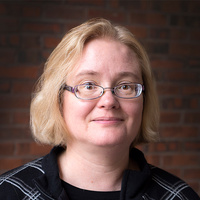