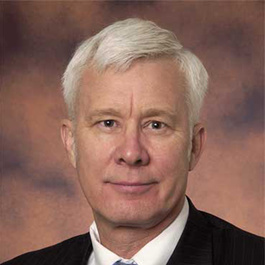 Rolf Mowatt-Larssen is a Senior Fellow at the Belfer Center, having served until July 2019 as Director of the Center's Intelligence Project. Prior to that he was also a Senior Fellow.

Before coming to the Belfer Center, Mowatt-Larssen served over three years as the Director of Intelligence and Counterintelligence at the U.S. Department of Energy. Prior to this, he served for 23 years as a CIA intelligence officer in various domestic and international posts, to include Chief of the Europe Division in the Directorate of Operations, Chief of the Weapons of Mass Destruction Department, Counterterrorist Center, and Deputy Associate Director of Central Intelligence for Military Support. Prior to his career in intelligence, Mr. Mowatt-Larssen served as an officer in the U.S. Army. He is a graduate of the United States Military Academy, West Point, NY. He is married to Roswitha and has three children. He is a recipient of the CIA Director's Award, the George W. Bush Award for Excellence in Counterterrorism, the Secretary of Energy's Exceptional Service Medal, the Distinguished Career Intelligence Medal, Secretary of Defense Civilian Distinguished Service Medal, and the National Intelligence Superior Performance Medal, among others.