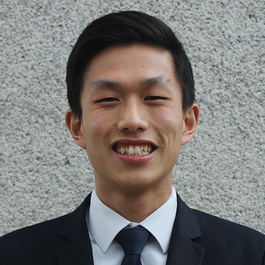 Aaron is a political-track U.S. Foreign Service Officer specializing in Chinese domestic politics and foreign policy, cross-Strait relations, and US foreign policy on Northeast Asia. Most recently, he was the American Institute in Taiwan’s (the de facto U.S. embassy in Taiwan) acting spokesperson, implementing a strategic communications campaign to reaffirm America’s commitments to the island. He was also a fellow at the State Department’s intelligence bureau, where he assessed China’s relations with Japan, Russia, and North Korea. During his stints at the State Department, U.S. Embassy in Tokyo, Environmental Protection Agency, and Baker Institute for Public Policy, he helped the United States communicate and cooperate with officials from China, Japan, South Korea, and Vietnam on issues such as territorial disputes and the environment. He also worked at the U.K. House of Commons Women and Equalities Committee to examine the British government’s performance on equality issues, such as its treatment of asylum seekers and LGBTQ+ persons. Aaron is a second-generation Asian American and has previously lived in Taiwan for ten years. He holds an MPP from Harvard Kennedy School and a BA in economics, Asian studies, and policy studies from Rice University (summa cum laude, Phi Beta Kappa). He is fluent in Mandarin.