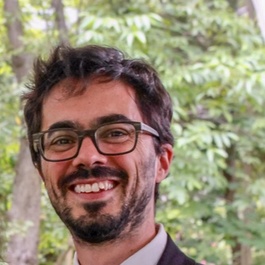 The following is Adrien Abecassis' biography when he was affiliated with the Project.

Adrien Abecassis was an advisor to the President of the French Republic from 2012 to 2017. First appointed as Deputy-Advisor for European Affairs, he was in charge of briefing the President ahead of official visits and international summits, and coordinated French policies regarding bilateral European affairs across the government. In addition, he was put in charge of speechwriting major presidential speeches on international affairs. He then served as a Senior Political Advisor, providing daily briefs to the President assessing political situations and policies and coordinating efforts on policy planning and public opinion research.

Adrien started his professional career at the French Ministry of Foreign Affairs in 2007 as a Policy Officer in Financial Affairs, in charge of managing a 1 billion-euro budget. In 2010, he was then seconded to the Fondation Jean-Jaurès, where he helped develop international and research activities until he joined President Hollande’s victorious presidential campaign in 2012. He still belongs to several networks of political and strategist advisors today. He is a Fellow with the Weatherhead Center for International Affairs (WCFIA) at Harvard from 2017.

Adrien was also a lecturer at the Paris Institute of Political Sciences (Sciences-Po Paris) from 2007 to 2012. He has published an essay with the former French Foreign Minister Hubert Védrine, “History Strikes Back” (Fayard, 2007 & Brookings, 2008), and his commentaries has appeared in several news outlets including Le Monde, Le Figaro, Les Echos, Le Nouvel Observateur, the Huffington Post, and on French television. He has received several honors for his diplomatic work including a Medal of Merit of the Federal Republic of Germany, a Knight's Cross of the Order of Merit of the Republic of Poland, and has been named honorary Member of the Order of the British Empire from Queen Elizabeth.