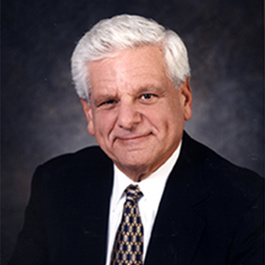 Albert Carnesale is Chancellor Emeritus at the University of California, Los Angeles (UCLA). He was Chancellor from 1997 through 2006, and continues to teach and conduct research as Professor Emeritus of Public Policy and of Mechanical and Aerospace Engineering. Prior to joining UCLA, he was at Harvard for 23 years, serving as Lucius N. Littauer Professor of Public Policy and Administration, Dean of the John F. Kennedy School of Government, and Provost of the University.

Carnesale’s work focuses on public policy issues having substantial scientific and technological dimensions, and he is the author or co-author of six books and more than 100 articles on a wide range of subjects, including national security strategy, arms control, nuclear proliferation, the effects of technological change on foreign and defense policy, domestic and international energy issues, and higher education.

Carnesale chaired the National Academies Committees on NASA’s Strategic Direction, on America’s Climate Choices, on Nuclear Forensics, and on U.S. Conventional Prompt Global Strike; chaired the Secretary of Energy Advisory Board’s Task Force on Nuclear Nonproliferation; and was a member of the Obama Administration’s Blue Ribbon Commission on America’s Nuclear Future. He is a member of the National Academy of Engineering, the Council on Foreign Relations, and the Pacific Council on International Policy; and is a Fellow of the American Academy of Arts and Sciences and the American Association for the Advancement of Science. In addition, he serves on the Board of Directors of Harvard’s Belfer Center for Science and International Affairs and on the Board of Directors of Amicrobe, Inc.

Carnesale holds bachelor’s and master’s degrees in mechanical engineering and a Ph.D. in nuclear engineering.