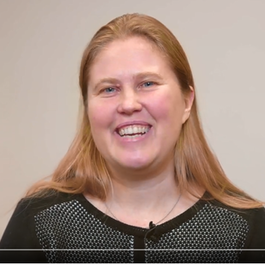 Catherine Gegout was the Pierre Keller Visiting Professor at the Kennedy School, Harvard University for the Spring Semester 2019. The Professorship is sponsored by the ‘Project on Europe and the Transatlantic Relationship’. In addition, she is Associate Professor in International Relations at the University of Nottingham, United Kingdom.

She has major research interests are in international relations theories, ethics and European politics, with expertise in European foreign security and economic policies. She was recently a Leverhulme Fellow, working on her current project The European Union and the Developing World: Protectionism and Exploitation, or Economic and Social Development? Previously, her attention has focused upon European military and economic intervention in the developing world, and the role of the International Criminal Court. Her most recent book Why Europe Intervenes in Africa: Security, Prestige and the Legacy of Colonialism was published in 2017 with Hurst, and in 2018 with Oxford University Press. Her previous book on European Foreign and Security Policy: States, Power, Institutions and American Hegemony was published with University of Toronto Press, 2010.

She was a Visiting Fellow at the Centre for International Studies, Cambridge, United Kingdom, a Post-doctoral Marie-Curie Research Fellowship at the London School of Economics and Political Science, and a Fulbright Senior Scholar at the University of Pittsburgh. She received her PhD in Social and Political Science from the European University Institute in Florence, after completing her MA in European Political and Administrative Studies at the College of Europe, Bruges.