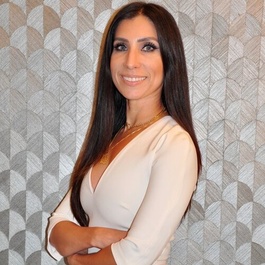 Dr. Nazanin “Naz” Azizian joined the Office of the Under Secretary of Defense for Intelligence and Security, OUSD(I&S) in February of 2013.  She was most recently assigned to Military Intelligence Programs and Resources (MIPR) Directorate where she oversaw the Navy’s multi-billion dollar MIP portfolio and was a liaison to the Congressional Affairs office.  Prior to joining the MIPR Directorate, she served as the Deputy Director for Strategic Engagement in the Intelligence Surveillance and Reconnaissance Enterprise Capabilities Directorate, where she developed defense intelligence inputs to policies and strategies for the DoD’s Joint Information Environment and the Intelligence Communities Information Technology Enterprise.

From 2011-2013 Dr. Azizian served as the Deputy Assistant Program Manager for Systems Engineering for the Department of the Navy’s Littoral Surveillance Reconnaissance System program, where she was responsible for the technical processes, requirements and resource oversight, ensuring coherency across all IPTs, and establishing and reinforcing applicable Systems Engineering processes. From 2006 through 2011, Naz served in various systems engineering roles at Marine Corps Systems Command and Lockheed Martin.

Dr. Azizian was born in Kabul Afghanistan and grew up in Northern Virginia.  She holds a Ph.D. in Systems Engineering, M.S. in Electrical Engineering, and B.S. in Biomedical Engineering all from The George Washington University.  Naz’s research interest is U.S. Foreign Policy and National Security objectives in South Asia.