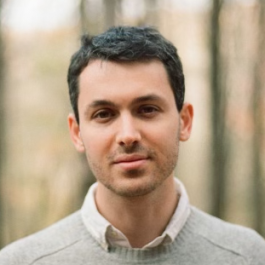 Eyck Freymann is a joint Postdoctoral Research Fellow at the Belfer Center's Arctic Initiative and the Columbia–Harvard China & the World Program, where he researches the geopolitics of climate change. He is also a Non-Resident Research Fellow with the China Maritime Studies Institute at the U.S. Naval War College.

His first book, One Belt One Road: Chinese Power Meets the World, was published by the Harvard Asia Center Press in 2020. His writings on U.S.–China relations and other current affairs topics have appeared in The Wall Street Journal, Foreign Affairs, The Economist, Foreign Policy, and The Atlantic. As a reporter and columnist for The Wire China, he is also the author of “The Warming War,” a series of reports on the breakdown in climate diplomacy and its implications for the planet and the U.S.–China relationship.