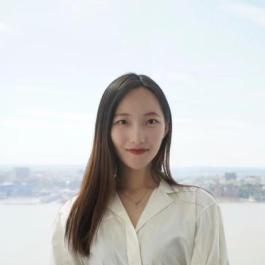 Helena Rong is an interdisciplinary designer and urbanist whose work lies at the intersection of digital technology, collective intelligence, and architecture and urbanism. Rong is currently pursuing a PhD in Urban Planning at Columbia University, where her research focuses on the role of digital technology in urban design and governance. Previously, she received her Master of Science in Urbanism (SMArchS) degree from MIT and Bachelor of Architecture from Cornell University, where she graduated with the Charles Goodwin Sands Memorial Silver Award (1st Place Thesis Award). Rong was a Research Associate at the MIT Real Estate Innovation Lab, where she led the “Value of Design '' research pillar, studying the impacts of architectural design on commercial real estate asset pricing. Previously, Rong was a researcher at the MIT Senseable City Lab, where she designed and built an AR engagement platform for an exhibition for Roboat, the first fleet of autonomous boats in Amsterdam, and led the development of a model for travel optimization to museums in Amsterdam using autonomous waterborne vehicles. Her work has been featured on platforms such as ArchDaily, WallPaper magazine and Bustler, and exhibited internationally at Haus der Architektur Graz, Shenzhen Biennale, solo exhibition in New York among others. Rong is the founder of CIVIS Design and Advisory, a design and research practice based in Boston and Shanghai that engages in multi-scalar and interdisciplinary projects.