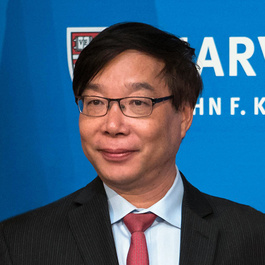 Hui Zhang is a Senior Research Associate at the Project on Managing the Atom in the Belfer Center for Science and International Affairs at Harvard University's John F. Kennedy School of Government.  Hui Zhang is leading a research initiative on China's nuclear policies for the  Project on Managing the Atom in the Kennedy School of Government. His researches include verification techniques of nuclear arms control, the control of fissile material, nuclear terrorism, China's nuclear policy, nuclear safeguards and non-proliferation, policy of nuclear fuel cycle and reprocessing.

Before coming to the Kennedy School in September 1999, he was a post-doctoral fellow at the Center for Energy and Environmental Studies, Princeton University from 1997-1999, and in 1998-1999, he received a post-doctoral fellowship from the Social Science Research Council, a MacArthur Foundation program on International Peace and Security. From 2002-2003, he received a grant for Research and Writing from the John D. and Catherine T. MacArthur Foundation. Hui Zhang received his Ph.D. in nuclear physics in Beijing in 1996.