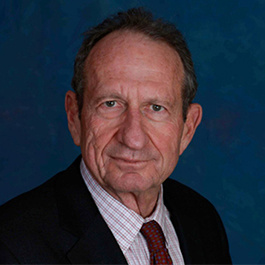 John Deutch is an Emeritus Institute Professor at the Massachusetts Institute of Technology. Dr. Deutch has been a member of the MIT faculty since 1970, and has served as Chairman of the Department of Chemistry, Dean of Science and Provost. Dr. Deutch has published over 140 technical publications in physical chemistry, as well as numerous publications on technology, energy, international security, and public policy issues.

John Deutch has served in significant government and academic posts throughout his career. In May 1995, he was sworn in as Director of Central Intelligence following a unanimous vote in the Senate, and served as DCI until December 1996. In this position, he was head of the Intelligence Community (all foreign intelligence agencies of the United States) and directed the Central Intelligence Agency. From March 1994 to May 1995, he served as the Deputy Secretary of Defense. From March 1993 to March 1994, Dr. Deutch served as Under Secretary of Defense for Acquisitions and Technology.

From 1977 to 1980, John Deutch served in a number of positions for the U.S. Department of Energy: as Director of Energy Research, Acting Assistant Secretary for Energy Technology, and Undersecretary of the Department.

John Deutch earned a B.A. in history and economics from Amherst College, and both the B.S. in chemical engineering and Ph.D. in physical chemistry from M.I.T. He holds honorary degrees from Amherst College, University of Lowell, and Northeastern University. He has served as director for the following publicly held companies: American Natural Resources, Citigroup, CMS Energy, Cummins Engine, Perkin-Elmer, Raytheon, SAIC, Schlumberger and Cheniere Energy. He is a trustee of Center of American Progress, Resources for the Future, the Massachusetts Hospital Physician Organization, the Museum of Fine Arts, Boston, and the Skolkovo Institute. He has served on the board of the Urban Institute and the Council on Foreign Relations.