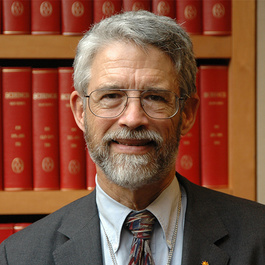 Dr. John P. Holdren is Teresa and John Heinz Research Professor of Environmental Policy at Harvard University’s Kennedy School of Government, Co-Director of the Science, Technology, and Public Policy Program in the School’s Belfer Center for Science and International Affairs, and Co-Director of the Center’s Arctic Initiative. He is also the Teresa and John Heinz Professor of Environmental Policy, Emeritus, at the Kennedy School, Professor of Environmental Science and Policy, Emeritus, in the Department of Earth and Planetary Sciences, Affiliated Professor, Emeritus, in the John A. Paulson School of Engineering and Applied Science, and President Emeritus and Senior Advisor to the President at the Woodwell Climate Research Center in Falmouth, MA.

From January 2009 to January 2017, Dr. Holdren was President Obama’s Science Advisor and Senate-confirmed Director of the White House Office of Science and Technology Policy (OSTP), becoming the longest-serving Science Advisor to the President in the history of the position. His responsibilities in his White House role included advising the President on all science and technology (S&T) issues bearing on the national agenda, including the role of S&T in the economy, public health, energy and climate change, the oceans and the Arctic, the Nation’s space program, and national & homeland security. He was also responsible for coordinating R&D strategy & budgets across the Executive Branch; overseeing interagency S&T programs, including the U.S. Global Change Research Program; developing initiatives in STEM education; advancing scientific integrity and openness in government; and representing the U.S. government in interactions with the U.S. and global science and engineering communities. His responsibilities also included serving as Chair of the interagency National Science and Technology Council and Co-Chair of the President’s Council of Advisors on Science and Technology (PCAST).

Dr. Holdren earned S.B. (1965) and S.M. (1966) degrees from M.I.T. in aeronautics and astronautics and a Ph.D. (1970) from Stanford in aero/astro and theoretical plasma physics. Before joining Harvard, he held campus-wide professorial appointments at the University of California, Berkeley, co-founding in 1973 and co-leading until 1996 the interdisciplinary graduate-degree program in energy and resources (the Energy and Resources Group). Prior to that he was a theoretical physicist in the Theory Group of the Magnetic Fusion Energy Division at the Lawrence Livermore National Laboratory (1970-72) and a Senior Research Fellow at Caltech in the Division of Humanities and Social Sciences and the Caltech Environmental Quality Laboratory (1972-73). He served from 1991 to 2005 as a member of the Board of Trustees of the MacArthur Foundation and from 1994 to 2005 as Chairman of the Committee on International Security and Arms Control at the National Academy of Sciences. During the Clinton Administration, he served for both terms on the President’s Council of Advisors on Science and Technology, leading PCAST studies requested by the President on managing surplus nuclear-explosive materials, fusion-energy research, energy-technology innovation for 21st-century challenges, and international cooperation on energy R&D. He served as Co-Chair of the independent, bipartisan National Commission on Energy Policy from 2002 to 2007. He was successively President-Elect, President, and Chair of the Board of the AAAS in 2005-2008.

John and his wife, biologist Dr. Cheryl Holdren, have been married since 1966. They have two children and five grandchildren and live on Cape Cod.