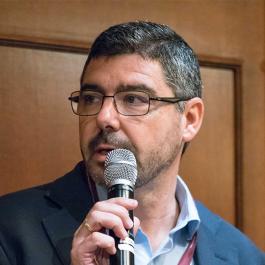 José Antonio Sabadell was an Associate of the Project on Europe and the Transatlantic Relationship from September 2018-June 2019. He was the Rafael del Pino-MAEC Fellow with the Future of Diplomacy Project during the 2017-2018 academic year.

José Antonio Sabadell has been a Spanish diplomat since 1993. He served as Ambassador and Head of the European Union Delegation to the Islamic Republic of Mauritania until August 2017. Prior to this post, he was Head of Division North Africa, Deputy Chief of Staff at the Cabinet of the Minister of Foreign Affairs and Cooperation and Technical Counsellor in the area of Arms Control.

He has served in a number of other capacities including in Afghanistan, OSCE (in charge of politico-military affairs), Guatemala, Ecuador and Riyadh.

Sabadell attained both his Bachelor Degree in Law and his Certificate for Legal Business Advising from Universidad Pontificia Comillas (ICADE) in June, 1991.

He completed his Certificate of Advanced Studies on Political Science and Sociology in the Department of Social History and History of Political Thought from Universidad Nacional de Educacion a Distancia in November, 2002, with a paper on the Political Control of Military Actions.

His current research focuses on Islamic Extremism, in particular the perception of the West by radical Islamic groups. He is also following issues related to Security, the Sahel and Migration.