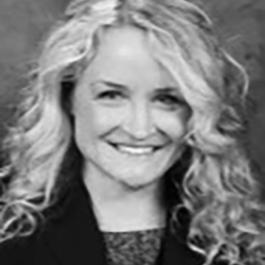 Leisel Bogan is a Fellow in the Technology and Public Purpose program at the Harvard Kennedy School's Belfer Center for Science and International Affairs. Before joining the TAPP Fellowship, she led the first Congressional Digital Service pilot fellowship for TechCongress within the House Select Committee on Modernization, which resulted in the recent creation of a permanent House Digital Services organization, the first of its kind in the United States. Prior to her current role, she served as the Senior Fellow for Cybersecurity, Technology and National Security in the office of Senator Mark Warner. Before Congress, she focused on global strategy for cybersecurity and technology transformation at the professional services firm, PwC. She has held two academic appointments at Stanford University where she researched cybersecurity and emerging technologies, national security, and international institutions, and exhibited work at the International Criminal Court. She has worked at Palantir Technologies and at Warner Bros. Entertainment, in new media technologies, and served as former Secretary of State Condoleezza Rice’s Chief of Staff and her director of research at Stanford University. At the geopolitical consulting firm, RiceHadleyGates, LLC, she advised clients on technology, strategy and emerging markets. Her work has taken her throughout the EU, the Southern Caucasus, Asia, and MENA. She has written for various publications and has spoken at a DEFCON village, for the National Academy of Sciences, Pepperdine University, and Penn State Law. She studied at the University of San Francisco’s School of Law, holds a graduate degree from Pepperdine University, and graduated Magna Cum Laude from California State University. She was a Term Member at the Council on Foreign Relations and a 2016 Gabr Foundation Fellow. Since high school she has volunteered and worked for organizations that help vulnerable populations, especially children. She began her career at age five in television and print advertising.