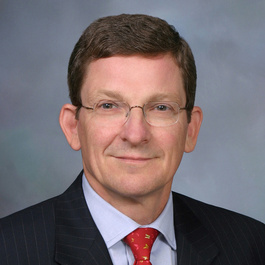 Ambassador Marc Grossman is a Vice Chair of The Cohen Group in Washington, D.C. He had a distinguished 29-year career in the U.S. Foreign Service, including serving as the Under Secretary of State for Political Affairs (2001-2005); Director General of the Foreign Service and Director of Human Resources (2000-2001); Assistant Secretary of State for European Affairs (1997-2000); and U.S. Ambassador to Turkey (1994-1997). Ambassador Grossman returned to the State Department in 2011-2012 to serve as U.S. Special Representative for Afghanistan and Pakistan. He rejoined The Cohen Group in 2013.

Marc Grossman was a 2010-2011 Fisher Family Fellow with the Future of Diplomacy Project at the Belfer Center for Science and International Affairs. Grossman has held a series of seminars with Kennedy School graduate students on Middle East Peace negotiations, including negotiation simulations.