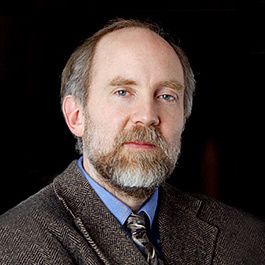 Matthew Bunn is the James R. Schlesinger Professor of the Practice of Energy, National Security, and Foreign Policy at Harvard University's John F. Kennedy School of Government. His research interests include nuclear theft and terrorism; nuclear proliferation and measures to control it; the future of nuclear energy and its fuel cycle; and policies to promote innovation in energy technologies.

Before joining the Kennedy School in January 1997, he served for three years as an adviser to the Office of Science and Technology Policy, where he played a major role in U.S. policies related to the control and disposition of weapons-usable nuclear materials in the United States and the former Soviet Union, and directed a secret study for President Clinton on security for nuclear materials in Russia. Previously, Bunn was at the National Academy of Sciences, where he directed the two-volume study Management and Disposition of Excess Weapons Plutonium. He is the winner of the American Physical Society's Joseph A. Burton Forum Award for "outstanding contributions in helping to formulate policies to decrease the risks of theft of nuclear weapons and nuclear materials," and the Federation of American Scientists' Hans Bethe Award for "science in service to a more secure world," and is an elected Fellow of the American Association for the Advancement of Science. He is a member of the Department of Energy's Nuclear Energy Advisory Committee and a consultant to Pacific Northwest and Oak Ridge National Laboratories. He is a member of the Board of Directors of the Arms Control Association.

He is the author or co-author of more than 25 books and book-length technical reports (most recently Insider Threats), and over 150 articles in publications ranging from Science and Nuclear Technology to Foreign Policy and The Washington Post. He appears regularly on television and radio.

Bunn holds a doctorate in technology, management, and policy from the Massachusetts Institute of Technology. He is married to Jennifer Weeks; they have two daughters.