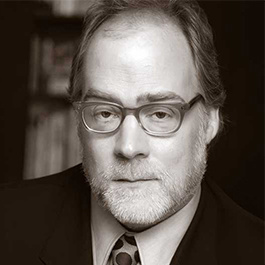 Mike Murphy is one of the Republican Party’s most successful political media consultants, having handled strategy and advertising for more than 26 successful gubernatorial and Senatorial campaigns, including 12 wins in “blue” states that have consistently voted Democratic in the last two Presidential elections. His record in helping Republicans win Democratic states in unmatched by any other GOP consultant. Murphy has been called a “media master” by Fortune magazine, the GOP’s “hottest media consultant” by Newsweek, and the leader of a “new breed” of campaign consultants by Congressional Quarterly.

Murphy is a regular on the Meet the Press political roundtable and writes the “Murphy’s Law” column for TIME Magazine. He was born in Detroit, Michigan and attended the Edmund Walsh School of Foreign Service at Georgetown University. Murphy also served as a Senior Fellow at the Harvard Kennedy School’s Belfer Center for Science and International Affairs. In addition to his consulting practice, Murphy also works as a writer/producer in the entertainment industry. He and his wife Tiffany live in Los Angeles, California.