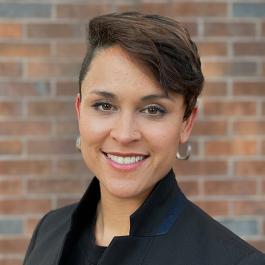 Before coming to the Center, Colbert served in the Central Intelligence Agency for 13 years. Most recently, she was Director of Analytic Resources and Corporate Programs for the Near East Mission Center, where she led strategic management of analytic personnel resources and created a career development seminar for mid-level analysts.

Prior to this role, Colbert led multiple analytic teams to produce intelligence assessments covering fast-paced issues in the Middle East for the President and other customers in the policymaking, intelligence, and military communities. Colbert previously served as an intelligence analyst covering conflict zones in Africa and Latin America.

Across her CIA career, Colbert has earned awards for leadership excellence and in 2021 received the Near East Mission Center Award for Excellence in Diversity, Equity, and Inclusion.

Colbert is a 2008 graduate of Harvard Kennedy School, where she earned a Master in Public Policy. She graduated in 2006 from New York University, majoring in International Relations and Francophone Studies.