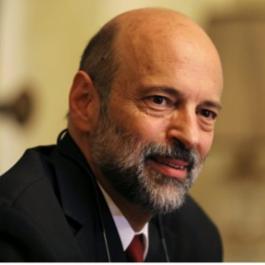 Dr. Omar Razzaz is the Emirates Leadership Initiative Senior Fellow at the Middle East Initiative for the 2022 calendar year. He comes to MEI with a formidable career that spans the public and private sectors, non-governmental organizations, think tanks, international organizations, and academia. Most notably, he served as the 42nd Prime Minister of the Hashemite Kingdom of Jordan from 2018-2020. He also served as Jordan’s minister of education (2017-2018), director of Jordan’s Social Security Corporation (2006-2010), executive chairman of Jordan Ahli Bank (2014-2017), chair of the King Abdullah Fund for Development (2012-2014), founder and chair of the Jordan Strategy Forum (2012-2017), sector leader and country manager at the World Bank (1997-2006), and Ford Chair and assistant professor at MIT’s International Development and Regional Planning Program. He completed a post-doctorate at Harvard Law School (1992) and earned a Ph.D. in urban planning with a minor in economics from Harvard University (1991), a master’s from MIT (1987), and a bachelor's in engineering from Louisiana Tech University (1985). Throughout his years in academia, he received several awards for research, writing, and teaching.