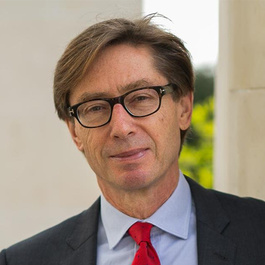 The following is Ambassador Peter Wittig's biography when he was a fellow with the Future of Diplomacy Project from 2020-2021.

Peter Wittig recently retired from the German Diplomatic Service. He is a five-time Ambassador. He served in Spain, at the UN, in Lebanon and Cyprus before working in the cabinet of two Foreign Secretaries at headquarters. Most recently he was the German Ambassador at the United Nations in New York (2009 - 2014) representing his country in the Security Council, in Washington (2014 - 2018) and in the United Kingdom (2018 - 2020). His expertise include: Middle East region, conflict resolution and multilateral organisations, transatlantic relations and European Affairs. Before joining the Foreign Service he studied History, Political Science and Law at the Universities of Bonn, Freiburg, Canterbury and Oxford. He taught History of Ideas as a Junior Professor at the University of Freiburg. His PhD thesis dealt with British socialism in the late 19th and early 20th Century. He has published numerous articles on international affairs.