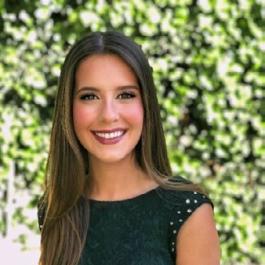 Renata Koch Alvarenga is a Master in Public Policy candidate at the Harvard Kennedy School and Belfer Young Leader Student Fellow. For the past seven years, Renata has been a prominent youth voice in Brazil for gender and climate justice, having founded the global initiative EmpoderaClima at 22 years old to advocate for gender equality in climate policy with the leadership of Global South youth. Renata is involved in several international spaces; she's a G(irls)20 Ambassador, National Gender Youth Activist of UN Women, Transform Education Leader at the UN Girls' Education Initiative, Vital Voices Fellow and Gender Co-lead for Youth at UN Climate Change. Prior to Harvard, she led the political work of the British Government in Rio de Janeiro, Brazil. Renata holds a Bachelor's Degree in International Relations from Unisinos, with a focus on global climate policy. Between her first and second year at HKS, Renata worked as a Climate and Sustainable Development Fellow at the United Nations Office of the Secretary-General’s Envoy on Youth.