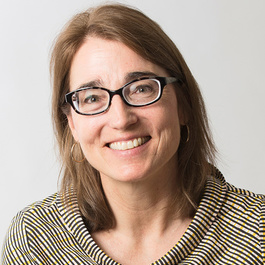 Sarah Sewall is Executive Vice President for Policy at IQT, a strategic investor for the national security community, where she brings a geopolitical lens to technology. Sewall is also a non-resident Senior Fellow at the Belfer Center.

An expert on security and on human rights, she served as Under Secretary of State for Civilian Security, Democracy and Human Rights from 2014 to 2017 and earlier as Deputy Assistant Secretary of Defense for Peacekeeping and Humanitarian Assistance. Her appointment at the Belfer Center brings her back to the Kennedy School where she was a member of the faculty for a decade and headed the School’s Carr Center for Human Rights Policy.

As Under Secretary of State for Civilian Security, Democracy and Human Rights from 2014-2017, Sewall was responsible for more than 2000 employees and a $5 billion budget overseeing issues that included counterterrorism, law enforcement, conflict prevention, refugees, human rights, and global justice. She was a key architect of the Obama administration’s Combating Violent Extremism (CVE) policy, which the United Nations ultimately adopted and renamed Preventing Violent Extremism (PVE). While Deputy Assistant Secretary of Defense in the Clinton administration, she established a U.S. peacekeeping office and advised the Secretary of Defense on peace operations and humanitarian assistance. At DoD, she was awarded the Secretary of Defense Medal for Outstanding Public Service.

Prior to her work in the Obama administration, Sewall taught foreign policy courses at Harvard Kennedy School for more than a decade.  While Director of the Kennedy School’s Carr Center for Human Rights Policy, she launched the MARO (Mass Atrocities Response Operations) Project to assist the U.S. military with contingency planning to protect civilians from large-scale violence. Many of her recommendations for reducing the impacts of conflict on civilian populations were incorporated into U.S. Army doctrine.

Sewall has taught at the Naval War College and served on the U.S. Secretary of Defense’s Defense Policy Board. She graduated from Harvard and received her doctorate from Oxford University, where she was a Rhodes Scholar.