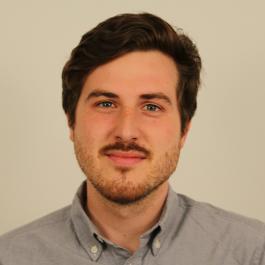 Stephen Larrick is an urbanist and open gov advocate who has worked at the intersection of community planning, municipal governance, and data & technology for over a decade.

As head of city success at urban-tech startup Stae, Stephen helped grow the company’s first cohort of local government clients, and provided strategic direction for a SaaS platform that enables public officials to access, manage, and collaborate with civic data.

Prior to Stae, Stephen founded and directed the Open Cities Team at the Sunlight Foundation, where he oversaw the adoption and implementation of data transparency policies in dozens of mid-sized American cities participating in Bloomberg Philanthropies’ What Works Cities Initiative, and developed best practices for community-centered data engagement.

Larrick previously served in local government as Director of Planning and Economic Development for the City of Central Falls, Rhode Island, where he played a key part in successful turnaround efforts during a time of extreme fiscal crisis—managing the city’s residential and commercial redevelopment, tax incentive policy, and community grant programs following an historic chapter 9 municipal bankruptcy filing. In addition to his duties as city planner, Larrick worked closely with two state-appointed receivers and one mayor to rethink local government service delivery with a heavy emphasis on digital engagement and open and inclusive governance.

Larrick received his Bachelor’s of Arts in Urban Studies and Political Philosophy from Brown University, and lives in Salem, MA with his wife Sarah and their dog Panda.