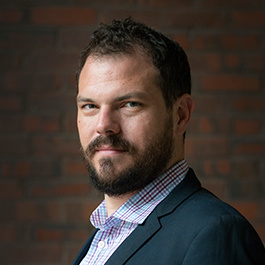 Steven Brooke is a former associate at the Belfer Center’s Middle East Initiative and a former postdoctoral research fellow (2015-2016). He is an assistant professor in the Department of Political Science at the University of Louisville. His research interests include Islamist movements, non-state social service provision, and electoral mobilization in both authoritarian and democratic contexts, and he is currently working on a book manuscript on the Egyptian Muslim Brotherhood's provision of social services from the interwar period through the current rule of Abdelfattah El-Sisi.  One common theme is his use of new data sources and methodological techniques, such as spatial analysis and survey experiments, to generate new insights into these research agendas. His research has been supported by the U.S. Institute of Peace, the Smith Richardson Foundation, the Project on Middle East Political Science, and the Graduate School at the University of Texas at Austin. Steven holds a Ph.D. in Government from the University of Texas at Austin, M.A. degrees from the University of Texas at Austin and George Mason University, and a B.A. from James Madison University.