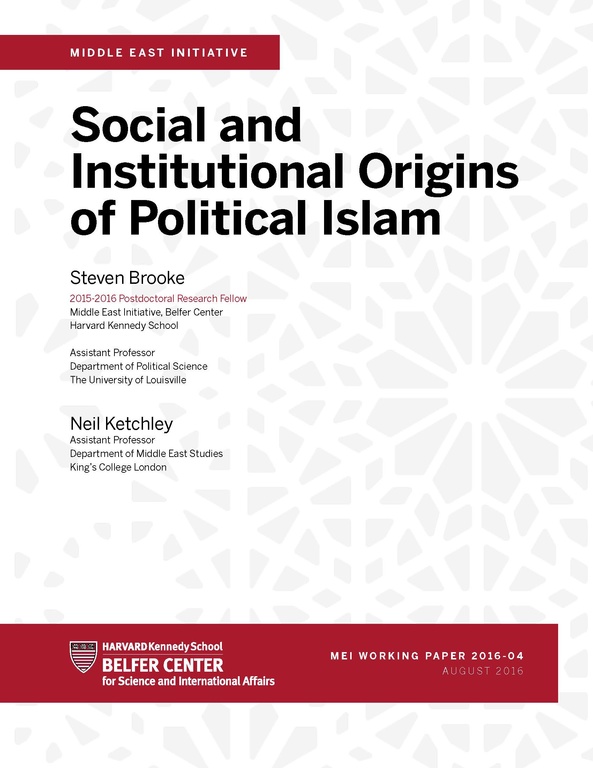 Under what conditions do Islamist movements emerge and spread? An established body of literature relates the origins and expansion of organized political Islam to social and demographic changes, Western encroachment, and the growth of the modern state. To test these hypotheses, we match a listing of Muslim Brotherhood branches founded during the interwar period in Egypt with contemporaneous census data on over 4,000 subdistricts. A multilevel analysis shows that Muslim Brotherhood branches were more likely in subdistricts that were accessible by the rail network and where levels of literacy were higher. Branches were less likely in districts with large European populations, and where the footprint of state administration was
more extensive. These findings challenge the orthodoxy that contact between Muslims and the West spurred the growth of political Islam, and instead highlight the critical role of state infrastructure in Islamist mobilization.