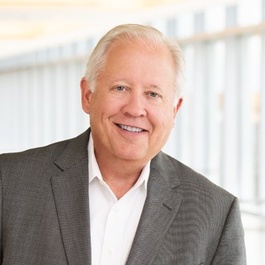 Ambassador Thomas A. Shannon, Jr. is a Senior Fellow with the Future of Diplomacy Project and a Senior International Policy Advisor at Arnold & Porter. He brings more than three decades of government service and diplomatic experience to his practice, providing strategic counsel to clients across a range of legislative, foreign policy, and national security issues.

Most recently, Ambassador Shannon served as Under Secretary of State for Political Affairs, the third highest ranking position at the State Department. Holding the personal rank of Career Ambassador, he was the highest ranking member of the United States Foreign Service, the country's professional diplomatic corps. During his tenure as Under Secretary, Ambassador Shannon was in charge of bilateral and multilateral foreign policymaking and implementation, and oversaw diplomatic activity globally and in our missions to international organizations. He managed the State Department during the presidential transition, led bilateral and strategic stability talks with the Russian Federation, worked with our allies to oversee Iranian compliance with the Joint Comprehensive Plan of Action, and expanded US engagement in Central Asia, among other things.

Prior to that appointment, he served as Counselor of the Department, where he acted as a troubleshooter and roving envoy for Secretary of State John Kerry. In that capacity, he focused on Africa, the Middle East and Southeast Asia, and led US support for the UN-sponsored peace processes in Yemen and South Sudan. Ambassador Shannon spent nearly 35 years in the Foreign Service, and has served 6 US presidents and 11 secretaries of state.

Prior to his 2016 appointment by President Obama as Under Secretary of State for Political Affairs, Ambassador Shannon was the United States Ambassador to Brazil. Prior to this appointment, Ambassador Shannon served as Assistant Secretary of State for Western Hemisphere Affairs from 2005-2009. He served as Special Assistant to the President and Senior Director for Western Hemisphere Affairs at the National Security Council (2003-2005), Deputy Assistant Secretary of Western Hemisphere Affairs at the Department of State (2002-2003), and Director of Andean Affairs (2001-2002). From 2000-2001, he was US Deputy Permanent Representative to the Organization of American States, with the rank of Ambassador. During his career, Ambassador Shannon served in the US Foreign Service at embassies in Guatemala, Brazil, South Africa, and Venezuela.