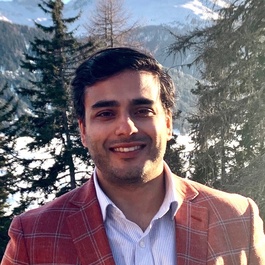 Zul Kapadia is a Research Assistant at the Belfer Center for Science and International Affairs within the Environment and Natural Resources Program. He works with Senior Fellow Nicola De Blasio on energy transitions focusing on integrating along the energy value chain, renewable hydrogen, and infrastructure.

Before joining the Belfer Center, Zul served as President at Prism Consulting and Advisory Services and Executive Director at SkyPower Global. In these roles, he successfully developed over 1000 megawatts of utility-scale solar projects, brought millions of dollars in foreign-direct investment into emerging market projects, and structured power purchase agreements and public-private partnerships. Prior to this, Zul worked at Deloitte Consulting LLP in the federal government consulting practice. Previously, Zul served in key strategic roles for the U.S. government, including the Office of Public Health Preparedness and Response at the Centers for Disease Control, the White House Personnel Office during the Obama Administration, and the Leadership Office of Representative Nancy Pelosi, Speaker of the U.S. House of Representatives.

Zul is interim Class Vice President, a Kennedy Fellow, and a candidate for a Master of Public Administration at the Kennedy School of Government at Harvard University. He was Class President and earned a Master of Science degree from the Kellogg School of Management. He earned a Bachelor of Arts in Political Science with Honors and Chinese Language and Culture degree at Northwestern University. He has a Certificate in Economics from Peking University. Zul is a native English speaker with proficiency in French, Hindi/Urdu, Gujarati and Mandarin.