The Asia-Pacific Initiative is dedicated to studying opportunities and challenges facing one of the most diverse, complex, and pivotal regions of the world. Leveraging the resources and expertise at Harvard University, the initiative seeks to analyze issues that have increasingly defined the broader Asia-Pacific as the emerging economic, technological, and geopolitical center of gravity in the 21st century, and to develop constructive approaches to promote peace and prosperity in the region.

Stretching from the Pacific coast of the United States to the Indian Ocean, the Indo-Pacific is one of the most culturally, economically, and geopolitically diverse regions of the world. It is home to more than half of the world’s population, two-thirds of the world’s economy, and seven of the largest military forces on the planet. The region includes large economies like India, Japan, and China as well as the world’s busiest sea lanes and ports but is also home to numerous developing economies and small island nations.

The United States is a Pacific power and has had significant security and economic interests in the region for more than a century. From treaty alliances with Australia, Japan, the Republic of Korea, the Philippines, and Thailand to three million American jobs and nearly $1 trillion in foreign direct investment, successive Republican and Democratic administrations have recognized the importance of U.S. engagement in Asia. Today, the U.S. faces critical challenges in the region—from managing political and military relations with the People’s Republic of China to revitalizing engagement with allies and partners in Southeast Asia; from reimagining economic statecraft to addressing the threats posed by emerging technologies.

As part of the the Belfer Center's Future of Diplomacy Project and Defense Project, the Asia-Pacific Initiative seeks to analyze issues that have increasingly defined the region as the emerging economic, technological, and geopolitical center of gravity in the 21st century, and to develop constructive approaches to promote peace and prosperity in the region. Leveraging Harvard’s resources and expertise in regional studies, history, economics, and foreign affairs, the project will research trend lines and identify solutions to the most pressing challenges.

In addition to producing timely, rigorous, and innovative research, the Initiative also aims to equip a rising generation of scholars and practitioners with the tools and expertise necessary to tackle central challenges in the region, from security and defense to trade and economics to science and technology. By harnessing Harvard’s convening power, the project brings distinguished academics and seasoned policymakers into conversation through a series of working groups, seminars, and lectures.

The project seeks to investigate regional security architecture in the Indo-Pacific, including U.S. treaty alliances with Australia, Japan, the Republic of Korea, the Philippines, and Thailand, as well as emerging partners such as India, Singapore, and Vietnam. It will examine multilateral structures such as the Quad (India, Japan, Australia, U.S.) and AUKUS, and how they might be operationalized and upgraded.

The project will study key challenges posed by technology and trade, including how regional actors govern digital economies and how nations can advance resilient and secure supply chains in strategic industries such as biotechnology and semiconductors.

The project aims to focus on managing the bilateral relationship between the United States and China and on cross-strait relations and Taiwan. 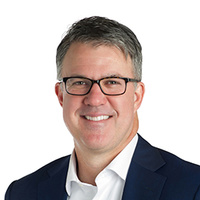 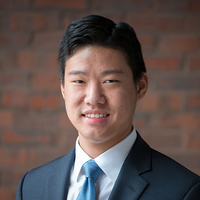 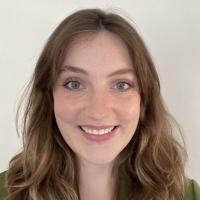