Building Sustainable Relationships, Energy, and Security in the Middle East

While the Middle East Initiative is focused entirely on the MENA region, several other Center programs are also working on issues related to the Middle East, including Future of Diplomacy, Geopolitics of Energy, and the Managing the Atom. 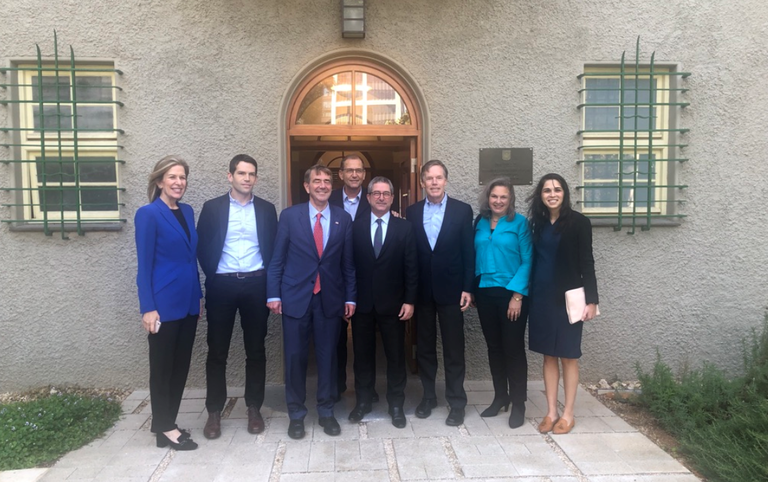 Members of the Belfer/U.S. delegation with INSS and Israeli counterparts, outside the Ben-Gurion House in Tel Aviv. 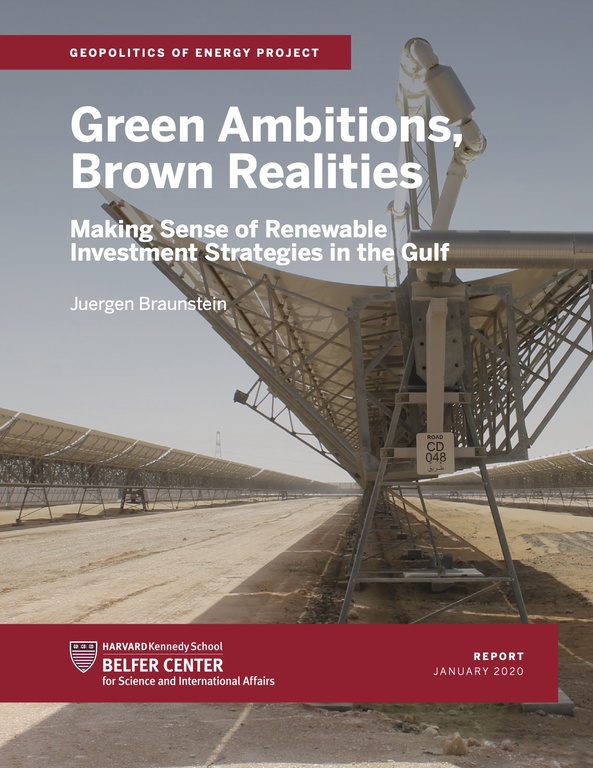 The cover of "Green Ambitions, Brown Realities: Making Sense of Renewable Investment Strategies in the Gulf"

The Geopolitics of Energy Project (GEP) explores the intersection of energy, security, and international politics.

Adnan Amin, a GEP Senior Fellow, is also exploring the advancement of renewable energy in the Middle East and the geopolitical implications of this global energy transition. 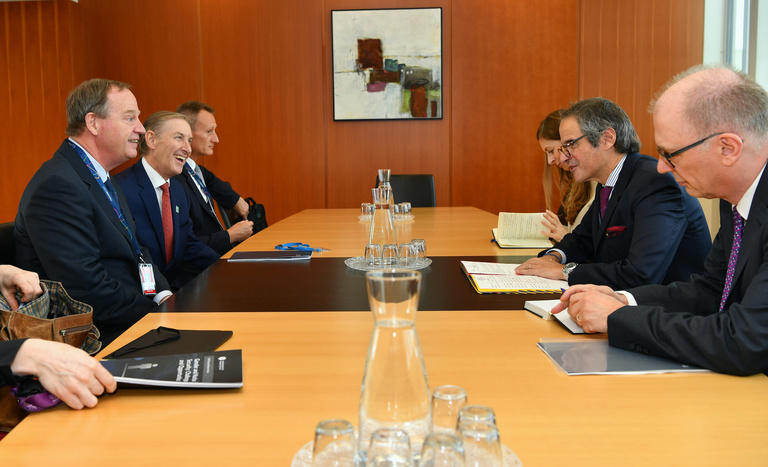 Belfer Center Senior Fellow Will Tobey (left), Chairman of the Board of the World Institute for Nuclear Security (WINS), joins WINS Executive Director Roger Howsley (left center) and team in a meeting with IAEA Director General Rafael Mariano Grossi (right center) while in Vienna for the International Council on Nuclear Security 2020 in Vienna.

In January, the Project on Managing the Atom joined with the Middle East Initiative to re-launch the Iran Working Group (IWG) with an expanded mission. The new IWG will focus not only on nuclear concerns that are once again increasing in the Middle East following the U.S. pullout from the Iran nuclear agreement, but also on a range of related issues such as the impact of the recent killing of Iran General Soleimani and increasing tensions throughout the Middle East.

Chaired by Project on Managing the Atom’s William Tobey and Matthew Bunn and Middle East Initiative’s Tarek Masoud, the Iran Working Group includes more than 20 members from different programs and disciplines throughout the Center and Harvard Kennedy School. A new IWG web page will consolidate Center-wide research and efforts related to Iran.