Civil Action and the Dynamics of Violence 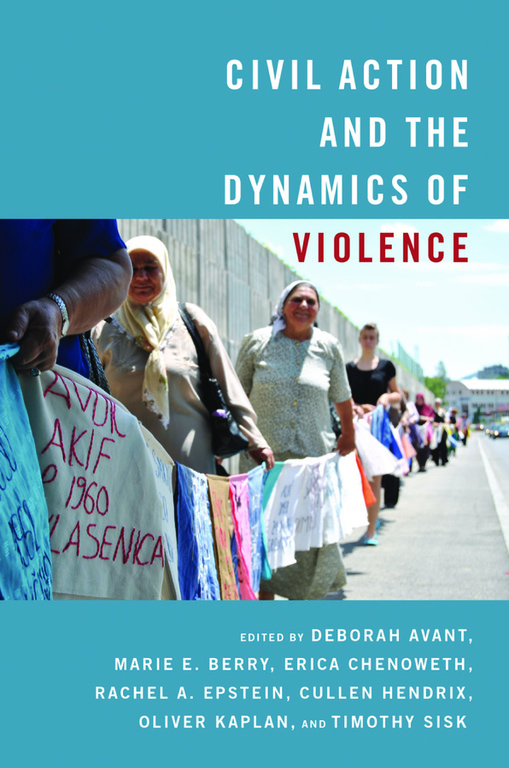 The battlefield isn’t the only place where a war’s path can change. Meeting rooms, negotiating tables, community gatherings, and peaceful demonstrations have elicited significant shifts in conflicts in Mexico, Bosnia, Afghanistan, and beyond.

The Second Liberian Civil War, for example, ended in 2003 after a network of women’s groups came together. In addition to organizing a sex strike, the network issued press statements, organized protests, and lobbied Liberian president Charles Taylor to attend peace talks with Liberians United for Reconciliation and Democracy and the Movement for Democracy in Liberia. Once talks were underway, the network created a human barrier to prevent negotiators from leaving the table until a deal was reached.

Civil action, defined as behavior meant to engage others to resist violence without using violence, plays a crucial and often-neglected role in deciding the fates of conflict around the world, the editors write. Civil action can be contentious, conciliatory, or cooperative, and the book illustrates the mechanisms through which civil action is likely to dampen or escalate violence.

“The volume adds to a growing body of work that acknowledges how much (or most) of how people interact in the course of civil wars is not violent, and also that many people find ways to build and wield power in warzones. People living in conflict-affected areas often develop skill and capacity to survive by avoiding, preventing, or deescalating violence – and those acts often make a huge difference in their lives, in the lives of those around them, and in the trajectory of the conflict as a whole,” says Chenoweth, a co-editor of the volume.