Inaugural Seminar on The Future of Cultural Diplomacy

The inaugural event - "The Future of U.S. Cultural Diplomacy"

On the heels of Secretary of State Tony Blinken’s April 5th speech asserting that cultural diplomacy is “an integral part of U.S. foreign policy,” this inaugural event took a deep dive into U.S. cultural diplomacy priorities, opportunities, and challenges.

Ms. Szalwinski, who directs cultural programming at the State Department, said “Every day we partner with colleagues at our embassies and consulates abroad to craft programs that creatively address foreign policy priorities at each diplomatic mission.” She addressed the impact of COVID-19 on cultural initiatives stating that programming has continued virtually through innovative technological approaches. “In the last year, March to March, we facilitated 438 virtual programs, some of those with content that was able to be programmed by many embassies.”

Ambassador Burns described cultural diplomacy initiatives he experienced first-hand during his 30-year diplomatic career, including how artists helped him to gain support and build understanding during moments of tension. “As a former practicing diplomat, culture can connect people when governments can’t talk.” He went on to say, “Diplomats are, in a way, interpreters—I don't mean interpreters of language—but interpreters between two cultures.”

Burns cited U.S. relations with Iran, Russia, and China as examples of where cultural diplomacy has played key roles. During some of the darkest days of the Cold War, Van Cliburn, an American pianist who went to the Soviet Union for a major piano competition, connected the Russian and American peoples. The 1971 World Table Tennis Championships in Japan served as an unexpected and pivotal tool at a key moment when President Richard Nixon was trying to open the U.S.-China relationship. When Burns was working on Iran policy as Under Secretary of State, the U.S. had no diplomatic relationship with Iran. He was not allowed to talk to his Iranian counterparts. Recognizing that wrestling was Iran’s great national sport, the State Department decided to send the USA national wrestling team to compete with Iranians as a bridge to opening relations.

Ms. Szalwinski also spoke of recent initiatives that have had significant impact and outreach. “[In order to] best utilize the many different expressions of our culture abroad to achieve objectives, you have to seize the opportunities—many of them small and occasionally very large—to make foreign policy come alive through the lens of cultural moments and take advantage of that.”  She offered the example: “When the Walt Disney company announced that they were going to be releasing the film version of the Broadway musical “Hamilton” a full year early, I knew we had an opportunity. We were able to deliver the film to 41 embassies worldwide to showcase the best of U.S. talent, and to foster substantive conversations on key topics”.

U.S. domestic cultural and racial divisions were addressed and how these fissures in our society may affect our soft power.  Ambassador Burns offered this insight: “My sense is that our secret weapon is our openness as a democratic society and our transparency…versus the closed nature of authoritarian societies. I think this is our most important asset.”

Throughout the conversation, much was said for the power of the arts to help build bridges.  In a response to a question from New York Times journalist, Jane Perlez- regarding the potential for cultural diplomacy initiatives between the United States and China, Ms. Szalwinski said, “In regard to our current thinking in programming with China, we need to build the bridges that we've been talking about this afternoon.”

The Future of Cultural Diplomacy seminar series explores how to harness the power of culture to advance foreign policy objectives.  It will fill an important but often overlooked angle in current foreign policy debates, as well as add a valuable dimension to co-curricular discussions in international affairs at Harvard. This series was conceptualized by Carla Dirlikov Canales, an Arts Enjoy for the U.S. Department of State, a world-renowned opera singer, and current Fellow at Harvard University’s Advanced Leadership Initiative.

For more information on this publication: Belfer Communications Office
For Academic Citation: “Inaugural Seminar on The Future of Cultural Diplomacy.” , April 15, 2021. 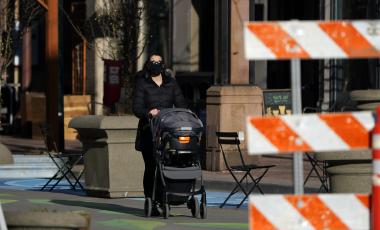 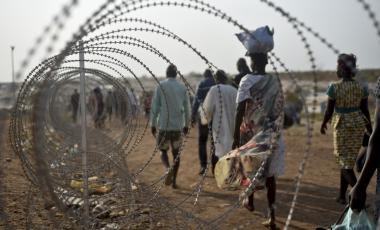 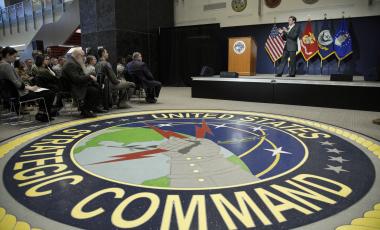