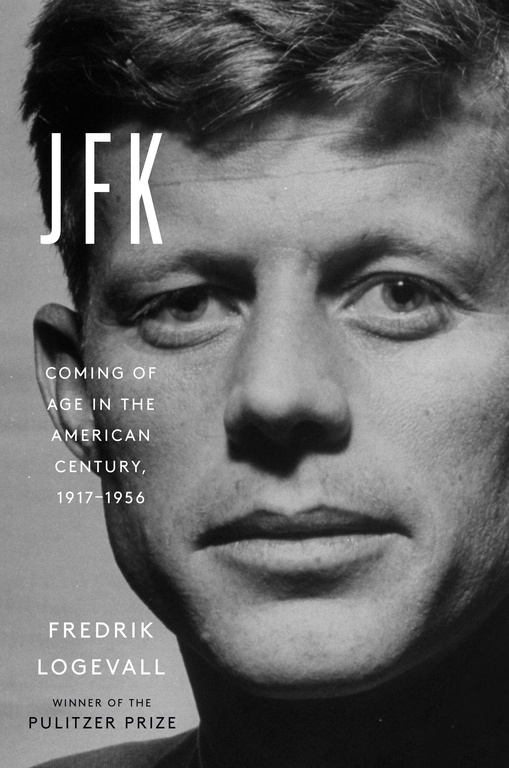 For much of the last decade, Fredrik Logevall has been searching for the “real” John F. Kennedy. The result of this effort is JFK: Coming of Age in the American Century, 1917–1956, the first in a two-volume biography that contextualizes Kennedy amid the roiling American Century.

This volume explores the first thirty-nine years of JFK’s life—from birth through his decision to run for president— to reveal his early relationships, his formative experiences during World War II, his ideas, writings, and political aspirations. Logevall’s writing illustrates a more serious, independently minded Kennedy than we’ve previously known, whose international sensibility would prepare him to enter national politics at a critical moment in modern U.S. history.

“He was a man of privilege and wealth who endured chronic ill health and pain as well as immense personal tragedy, and whose storybook life captivated millions of people—not merely in the United States but abroad, not merely in death but in life,” Logevall writes.

In describing Kennedy’s coming of age, Logevall tells the parallel story of the midcentury rise of America. We see the charged debate between isolationists and interventionists in the years before Pearl Harbor; the tumult of the Second World War; the spread of the Cold War; the domestic politics of anti-Communism; the growth of television’s influence on politics; and more.

JFK: Coming of Age in the American Century, 1917–1956 provides a history of the United States in the middle decades of the twentieth century, alongside a portrait of the thirty-fifth president.

“An utterly incandescent study of one of the most consequential figures of the twentieth century… With JFK, Fredrik Logevall has reinvented the genre of presidential biography, casting new light on the man and, far more profoundly, on the times. This is a brisk, authoritative, and candid biography, and a wonderfully compelling history of America’s heady and troubled mid-century rise.”—Jill Lepore, author of These Truths: A History of the United States

“Our best historian of the Vietnam War now turns to another subject you thought you already knew, and he makes John F. Kennedy as alive and compelling as if you were reading about him for the first time. Fredrik Logevall portrays the young JFK with the masterful intimacy and sympathy that only a great scholar and writer could achieve.”—George Packer, author of The Unwinding: An Inner History of the New America and Our Man: Richard Holbrooke and the End of the American Century

“John F. Kennedy was a man before he was a monument, and among the great achievements of this wonderful book is how brilliantly Fredrik Logevall conveys both JFK’s humanity and the history of the age. With precision and with grace, Logevall has given us a memorable portrait of a man and of the world that, before he shaped it, shaped him. It’s a powerful, provocative, and above all compelling book.”—Jon Meacham, Pulitzer Prize–winning author of The Soul of America

“…None has told the tale of the 35th president’s formative years better or more thoroughly than the Harvard history professor Fredrik Logevall in JFK, the first of two projected volumes. Here he brings the story up through Kennedy’s failed bid for the Democratic vice-presidential nomination in 1956, setting the stage for his elevation to the presidency four years later.”—David M. Kennedy, The New York Times Book Review

“There has been a host of JFK biographies, but this one excels for its narrative drive, fine judgments and meticulous research, especially about money, women and the subject’s early writings.”—Max Hastings, The Sunday Times

The United States is slipping in the eyes of the world, and ambitious powers are capitalizing on every moment.
More on International Security

Confused About Where to Get Public Health Guidance on the Coronavirus? You’re Not Alone.

When the FDA and CDC flip on a dime to change their advice one way and then back again, they lose credibility.
More on Public Health