The Psychology of Repression and Polarization in Authoritarian Regimes 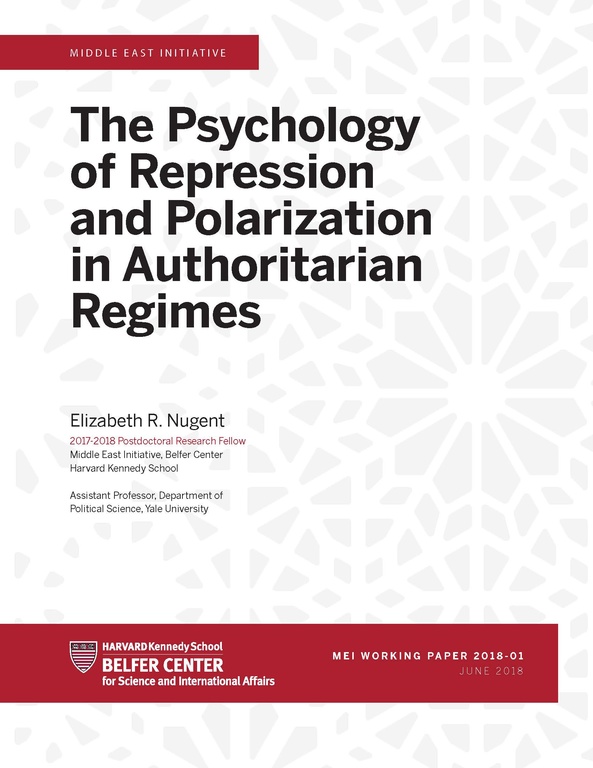 Polarization among political groups has important consequences for successful democratic consolidation during transitions from authoritarianism. However, existing theories fail to explain why these groups emerge more or less polarized from authoritarian periods. In this paper, I test one possible mechanism through which the repression that defines authoritarian regimes affects processes of polarization in these systems. Drawing on psychological theories of social identity, I posit that the nature of repression – whether it targets a specific group, or is more widespread – alters group members’ group identification, in turn changing the perceived distance between groups, and ultimately shaping the level of affective and preference polarization among these groups through processes of group differentiation. I test the proposed causal relationship through lab experiments conducted with 434 adult citizens in Tunis, Tunisia in May 2016. The results reveal that a targeted repression prime increases in-group identification and affective and preference polarization between groups, while a widespread prime decreases these same measurements. In addition, the widespread prime increases identification with the out-group. Subsequent analyses reveal the effect of the primes on preference polarization appears to be mediated through group identification. I discuss the implications of these results for Egypt and Tunisia, two historical cases in which previous regime repression conditioned levels of polarization among opposition, with important consequence for countries’ potential democratic transitions.