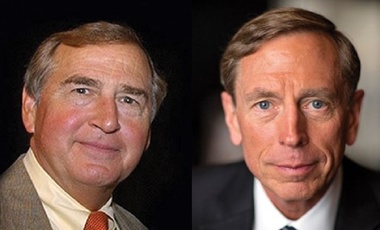 China and the US are heading toward a war neither wants. That’s the sensational premise of Dr. Graham Allison’s new book, Destined for War: Can America and China Escape Thucydides's Trap?

The reason: Thucydides’s Trap, a deadly historical pattern of structural stress that results when rising powers challenge ruling ones. In the past 500 years, this pattern has occurred 16 times; in 12 of these cases, the outcome was war. Today, as an unstoppable China approaches an immovable America and both Xi Jinping and Donald Trump promise to make their countries “great again,” the case for war looks grim. Dr. Allison, who is director of Harvard’s Belfer Center for Science and International Affairs, and founding dean of Harvard’s Kennedy School, has served as Assistant Secretary of Defense and advised the secretaries of defense under every president from Reagan to Obama. Join him and legendary general, former CIA Director and Belfer Center senior fellow David Petraeus for a crucial conversation about what painful steps China and America must take to avoid disaster.

Graham Allison will sign copies of his book, Destined for War, following the event.