Africa and the Atom: Rethinking African Agency in the Global Nuclear Order

Nuclear politics across the African continent are complex and diverse. Yet, Western-centric scholarship and policymaking tend to overlook the multitude of perspectives on nuclear energy and weapons within Africa. Dominant nuclear discourses obscure the narratives of Africa's regions, countries, and peoples. Closer examination reveals a vast and intricate tapestry of nuclear spaces and identities imprinted on the continent’s colonial and post-colonial experience. In the atomic age, these experiences have included: uranium mining, nuclear explosive testing, the Bandung Conference, development and rollback of South Africa's nuclear weapons program, participation in nuclear nonproliferation and disarmament initiatives, and pursuit of civilian nuclear energy. This panel brings together a diverse group of scholars to examine African relationships with nuclear arms and nuclear energy through the lenses of security, development, climate change and the environment, and global justice and equality. 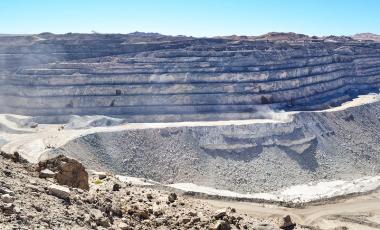 Lokal_Profil/Wikimedia Commons
The Rio Tinto Rössing uranium mine in Namibia. 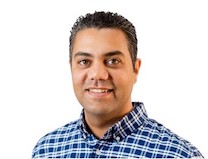 Dr. Hassan Elbahtimy is a Senior Lecturer at the War Studies Department at King’s College London and affiliate researcher at Sciences Po. He is also Trustee and a member of the Executive Committee of the British International Studies Association (BISA). He has published extensively on international security and arms control issues including in Foreign Affairs, Journal of Strategic Studies, Security Studies and the Nonproliferation Review among others. In 2019, his research was awarded the McElveny Grand Prize by the Nonproliferation Review Journal. He is an Associate Fellow of the Higher Education Academy in the UK and is director for the Masters programme for Science and International Security at King’s College London. 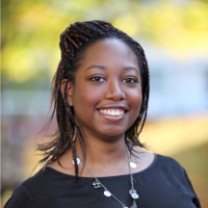 Dr. Toni Haastrup is Senior Lecturer in International Politics at the University of Stirling. Her research broadly explores the nature of global power hierarchies (between the Global North and South) in knowledge and practice. She has worked in the area of global governance of security via regional security institutions—the African and European Unions. A part of her current research agenda draws on critical feminisms to understand the foreign policy practices of both institutions; feminist foreign policies and gender relations in crises. She is also an Editor in Chief of the Journal of Common Market Studies (JCMS).

Dr. David Otwoma is the immediate former Chairman of the Eastern Africa Association for Radiation Protection. He holds a PhD in Radiation Physics, an MSc in Nuclear Science and a BSc in Physics. Currently he is the Chief Analyst at the National Commission for Science, Technology and Innovation in Kenya. He was an IAEA Nuclear Safeguards Inspector (1999-2006). He was Secretary (Nuclear) in the Ministry of Energy and Petroleum, seconded to the Nuclear Electricity Project (2011-2013). In 2016 he was appointed the National Coordinator for Regional Networking of African National Nuclear Institutions. In 2019 he was appointed a Board member of the Nuclear Regulatory Authority. 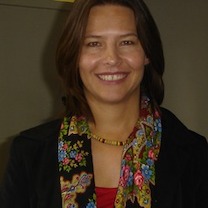 Dr. Joelien Pretorius is associate professor in Political Studies at the University of the Western Cape, South Africa. She holds a PhD from Cambridge University (UK) and is a member of the South African branch of Pugwash. She has published widely in Security Studies, with a focus on the nuclear issue-area. Currently she is working on African and feminist approaches to nuclear disarmament, the NPT, and the TPNW. 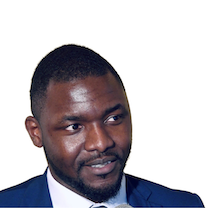 Dr. Olamide Samuel is the Coordinator of SCRAP Weapons, overseeing the management of projects, research, campaigns, liaison, operations, and directing strategic outreach. He is also a Senior Teaching Fellow at the School of Oriental and African Studies (SOAS) University of London, where he teaches International Security, General Diplomatic Studies and Diplomatic Practice at the MA level, and engages in MA Theses Supervision. Olamide earned a PhD in National Security Strategy from the Centre for Security and Intelligence Studies at the University of Buckingham (2019). He also earned an MA in Security, Intelligence and Diplomacy from the same institution (2014). He earned his B.ILD degree in International Law and Diplomacy from Babcock University, Nigeria (2013).